Mission 2: How Deep Is The Ocean? - Attempt to sell the black pearl and see what happens

Mission 2 is one of the hardests in the campaign. I recommend restarting the game if you're in too deep. Follow these steps:

Basic but worth mentioning advice:

Beginnings: Lord Oaksworth is trying to sell the Black Pearl, but it has proven difficult as the world is busy with wars. 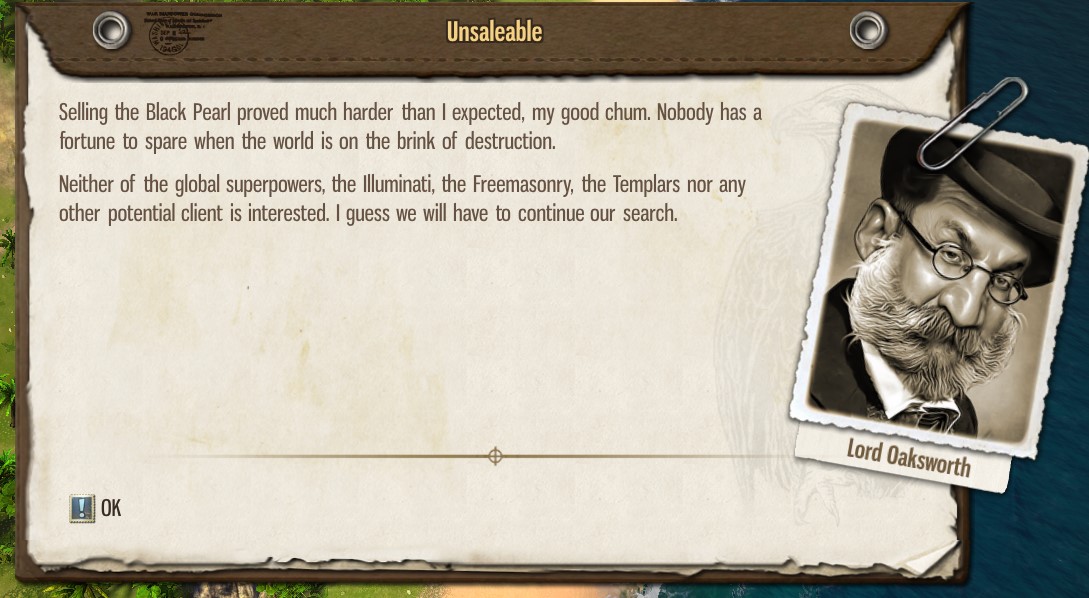 In the meantime we have to amend our first constitution: 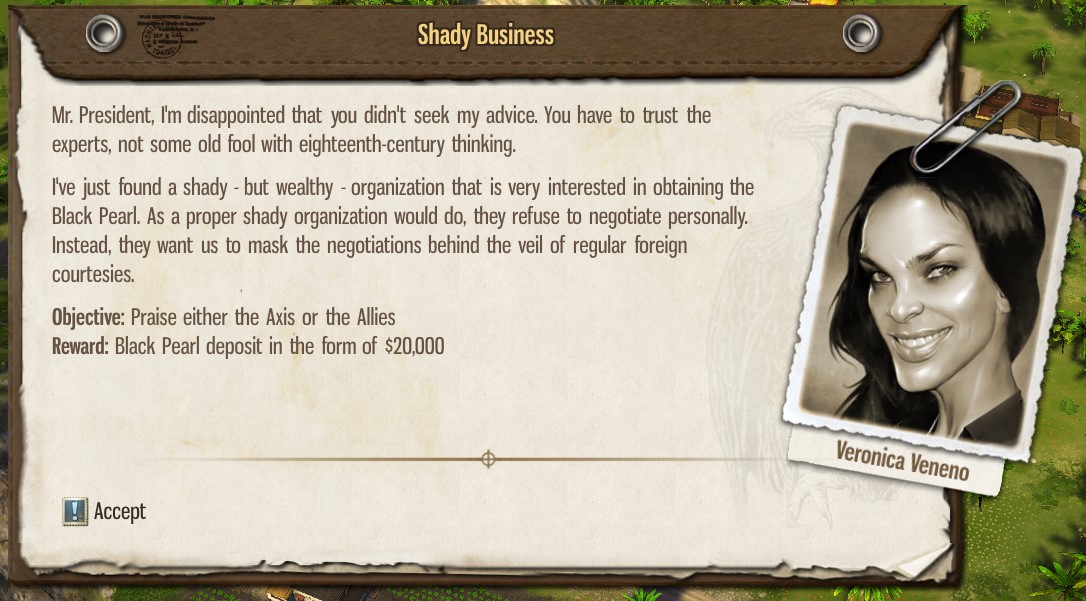 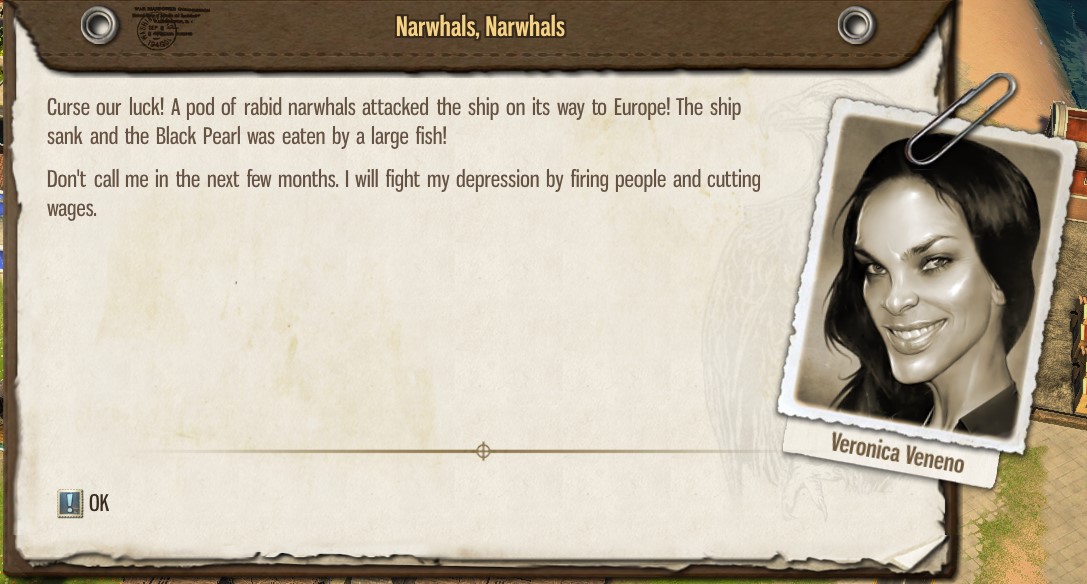 Penultimo warns us about an invasion, this will happen a lot: 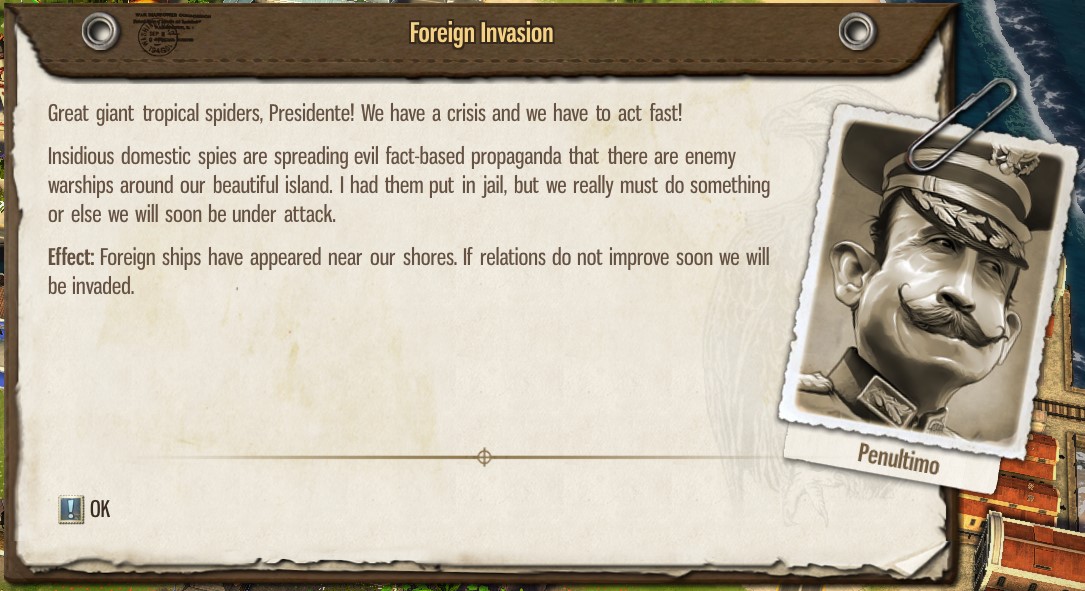 At this point I got additional constitution options, my choices were:

Build up your economy and politics 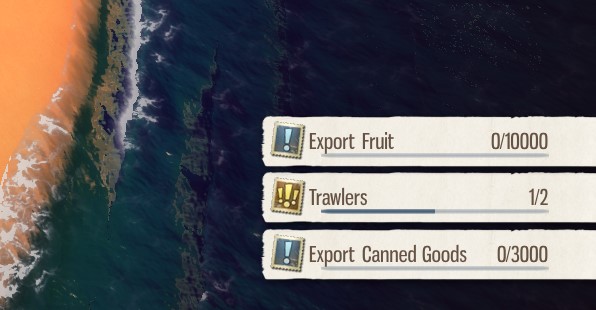 A quest for having 2 Fishing Trawlers will appear, do not accept it. Build up your island first, make sure of researching Electricity and Compass.

You will find Coal to power your Power Plant here: 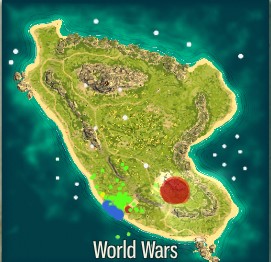 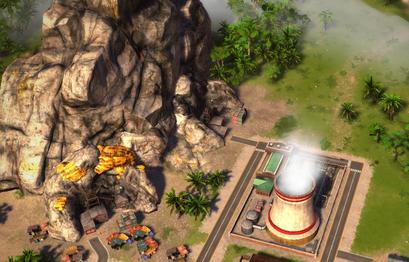 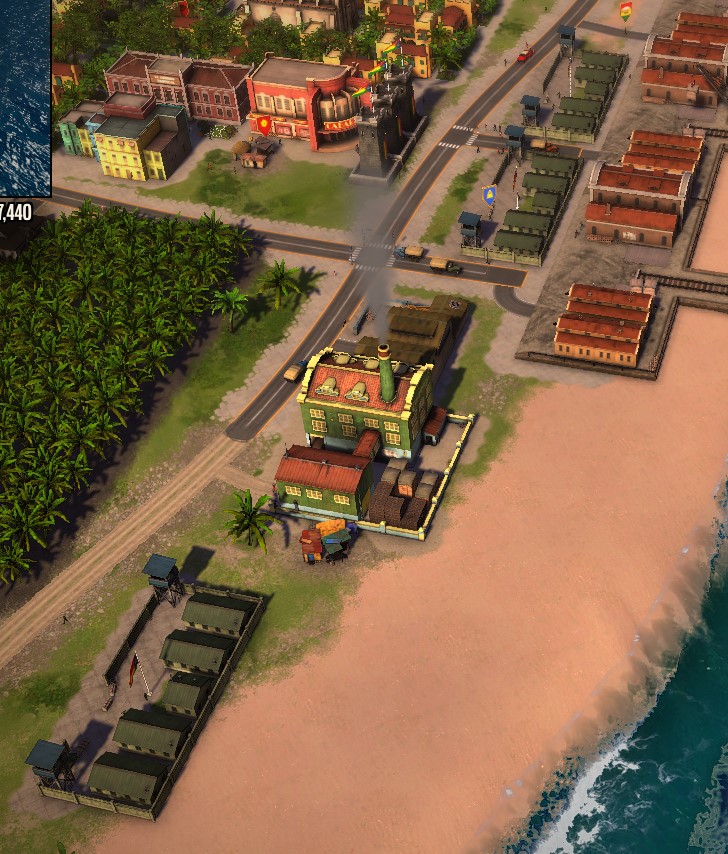 3 Barracks, 3 Towers and the Palace upgrade is enough to defend the island. However, building an Army Base later in the game (if you're winning) won't hurt.

Make trade routes only with Allies. Build an embassy, invite them and make an alliance with them. Allies are the better choice because their quests are more in line with the mission.

If you want to really secure the game you can also:

If your economy and approval rate is looking good right after an election, then it's time to finish the quest by building 2 Fishing Trawlers (you need to have 3, max out) 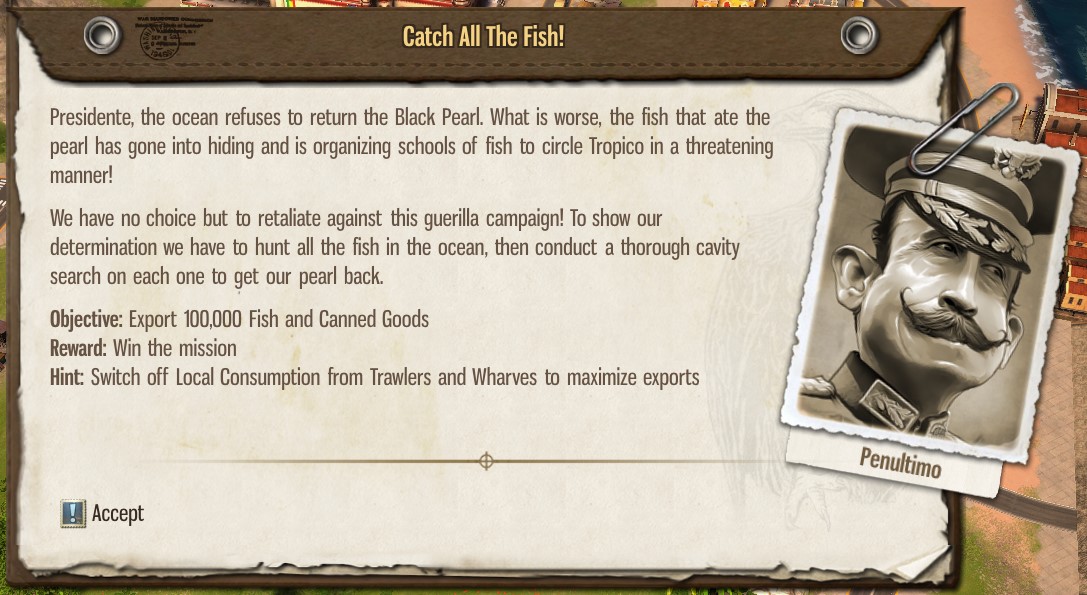 Tropico is in a weird war against fish (?). This type of thing is almost as ridiculous as Australia's war against Emus, hopefully Tropico wins though.

You must complete the quest before your neighbors 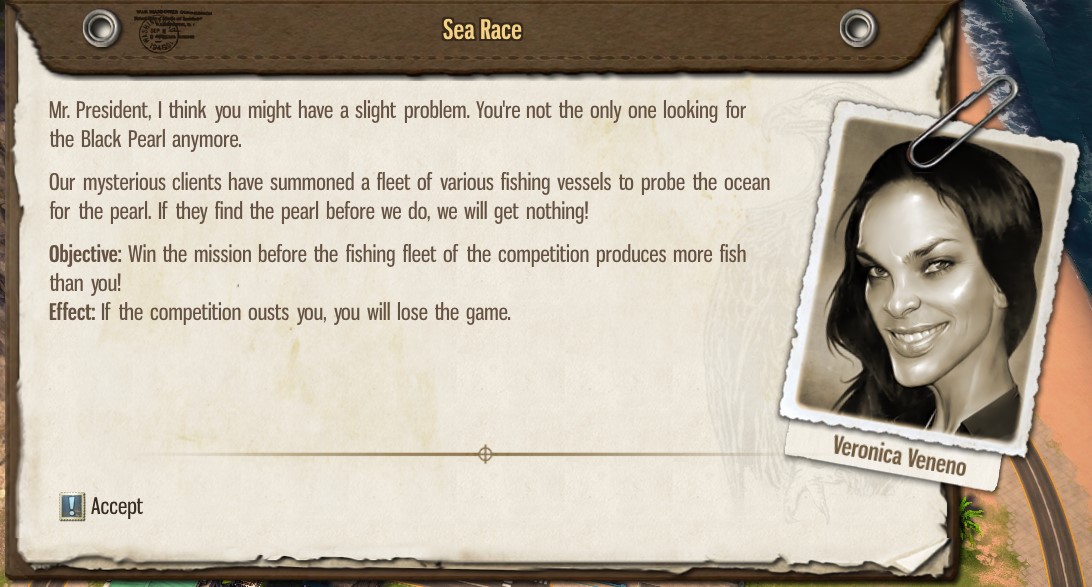 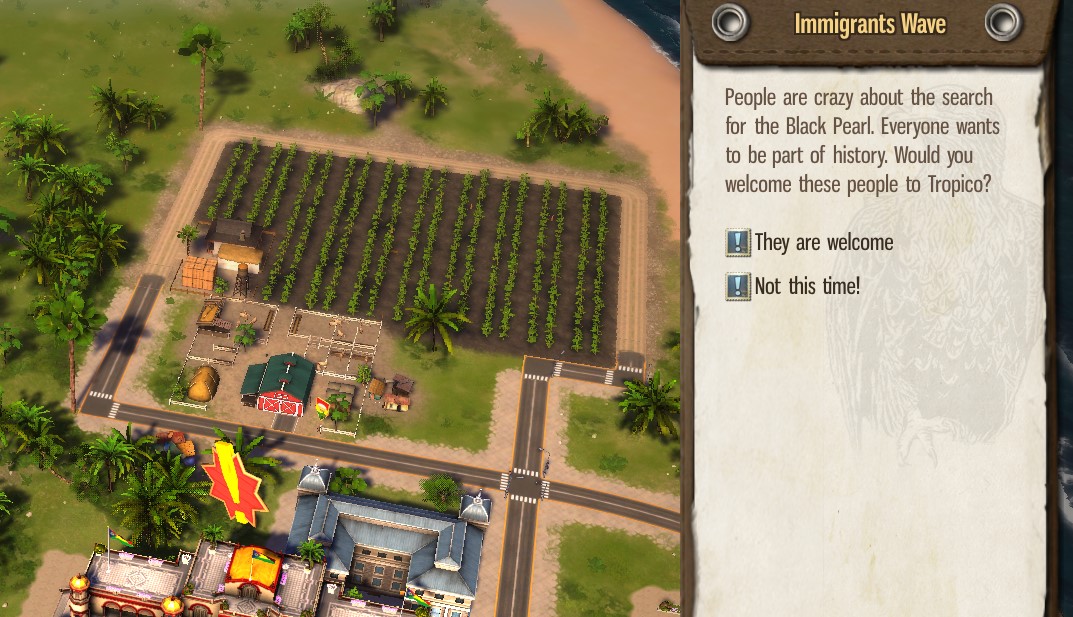 Accept immigrants as soon as you have enough money to create jobs for them, start building on the higher side of the island: 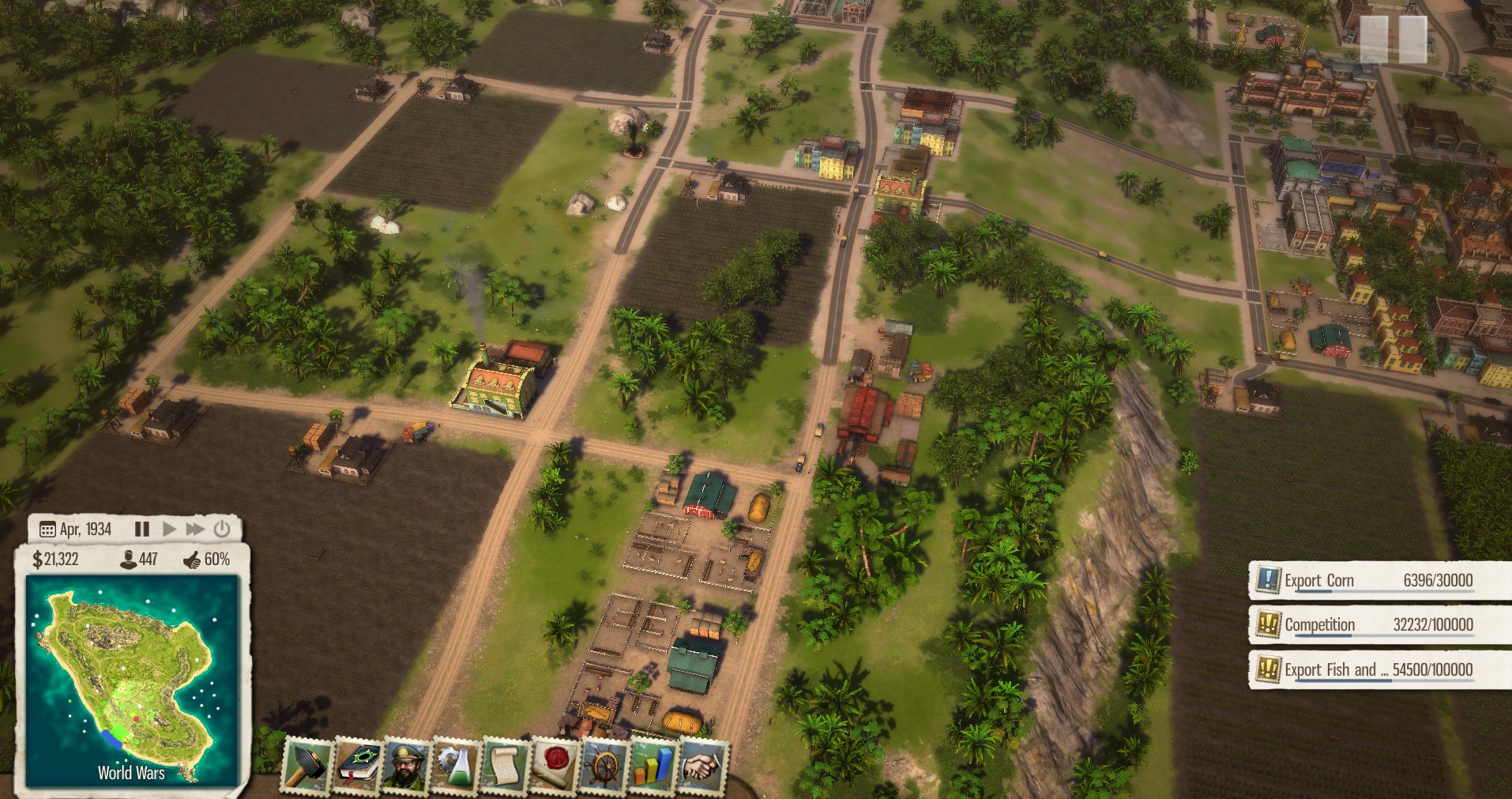 As you can see at this stage of the mission I already had 2 Canneries (2 on highlands and 1 near the coast), and 3 Fishing Trawlers by continuously building Cannery + Coffee Plantation + Pineapple Plantation + Ranches + Cannery upgrade. This was more than enough to have a fair advantage (20k+) over the competition. If you followed the guide you will be able to win just like this, but there are more quests to win even faster:

Export a product (I picked Corn) 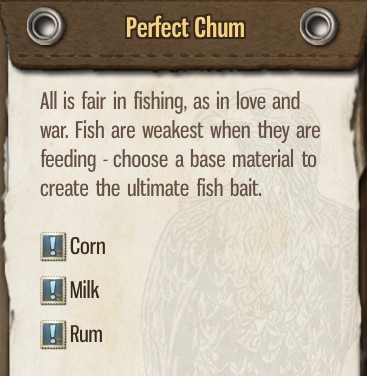 Pay 30k (I did it but it wasn't really necessary) 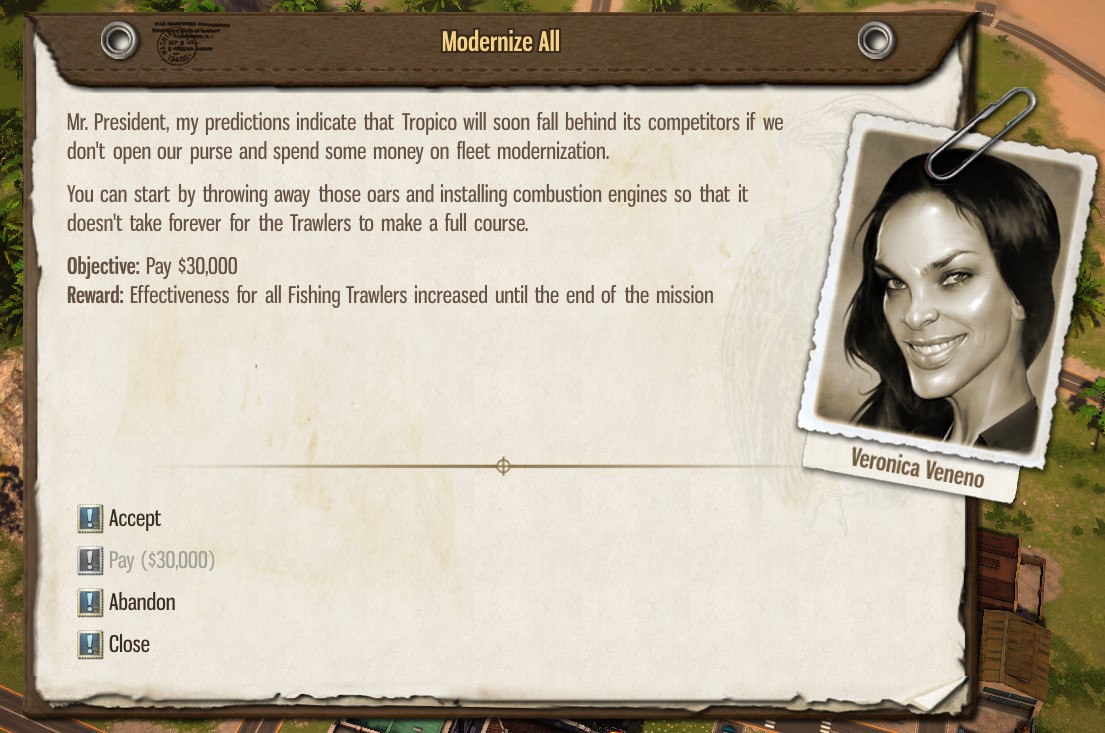 After securing the mission you can build up the island for future missions, I built other industry buildings and neighborhoods (Houses+Police Station+Grocery Store+Parks+Catholic missions+Newspaper). I was able to take a 40k+ advantage over the competition: 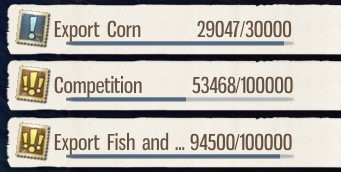 Finally, the Black Pearl is ours! 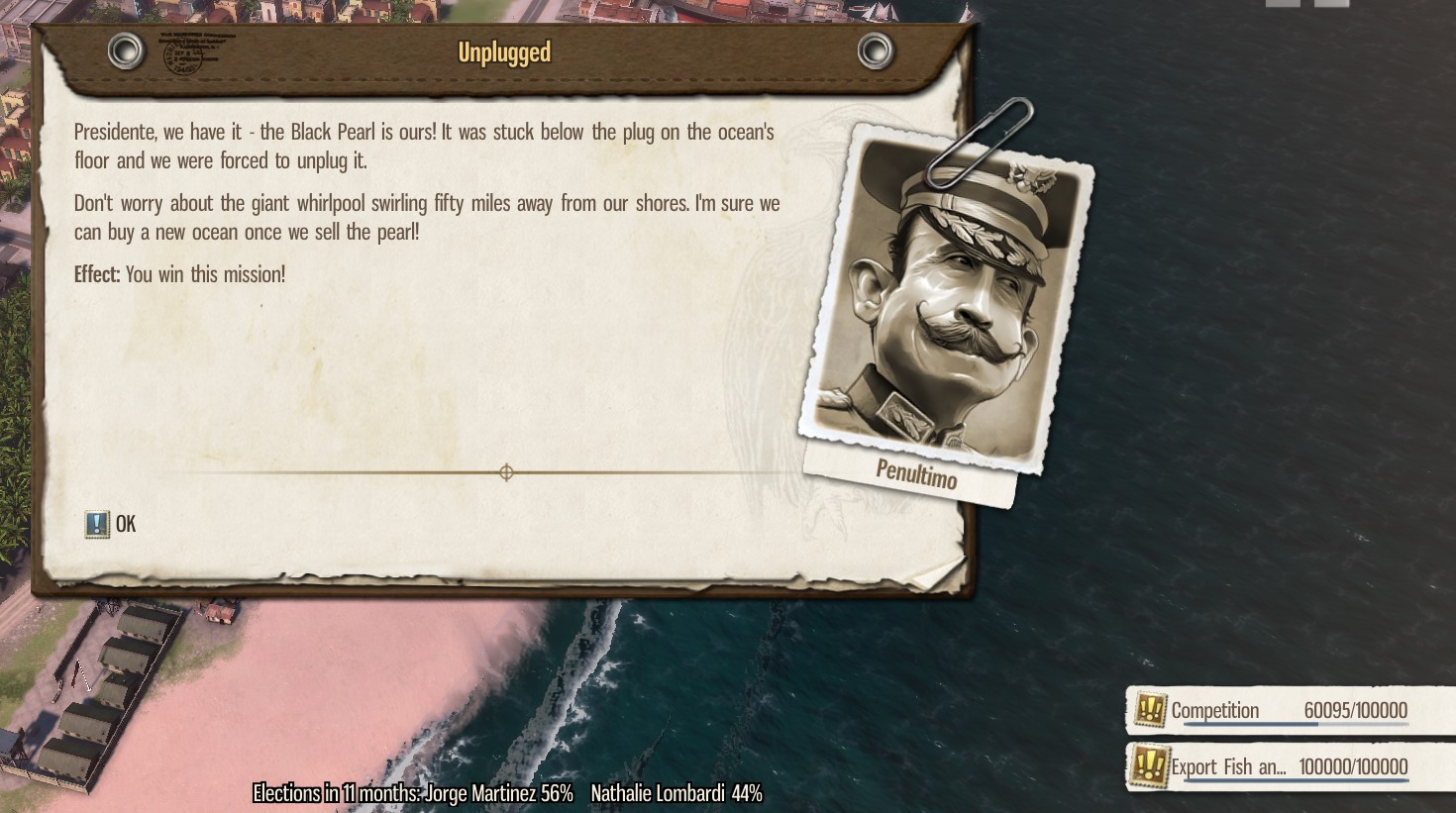