Mission 1: Treasure Hunt - Explore the deeps of the Caribbean Sea in search of a mystic treasure

Basic T5 economy knowledge is enough to win this mission. You need to have sufficient money to import "TIKEA" parts (just pick the cheapest good available in your trade routes). Pirates will launch a minor attack on the island, but you are going to be warned and have enough time to prepare. Other than that this mission is pretty much like any Colonial era T5 game. It is recommended that you use this mission to set yourself up for the next ones by taking care of your citizens, research and economy.

Beginnings: El Presidente embarks on a treasure hunt. I picked Costa Maldecido, upon arriving on the island our old friend, Lord Oaksworth, suggests we should dissimulate our treasure hunt by building Oyster Farms: 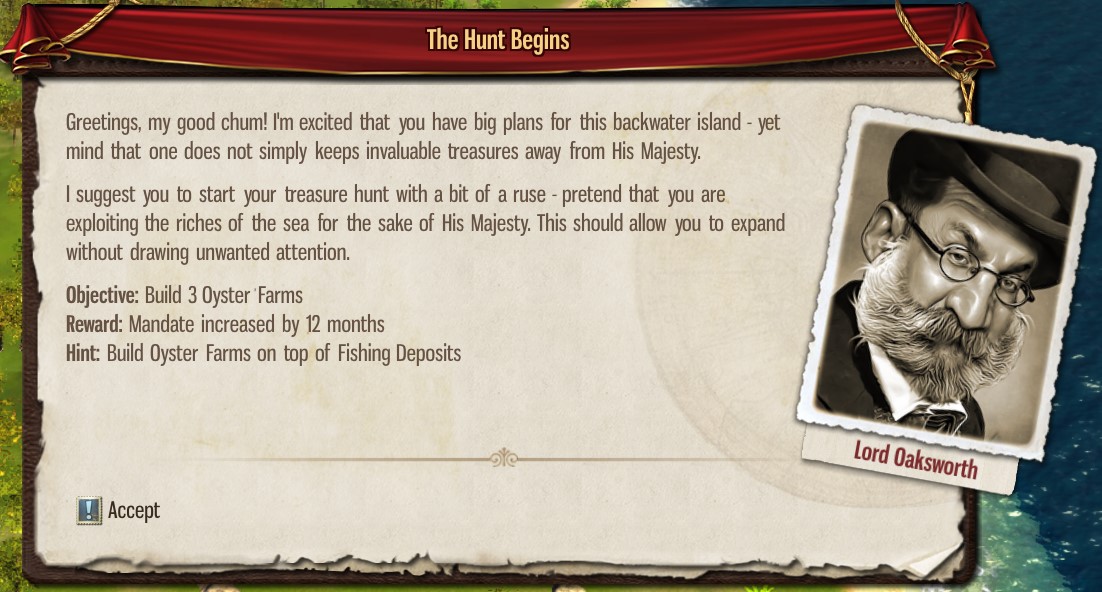 You will find Oyster Farms in the water building tab, placing the over fish deposits is pretty straightforward and a great way of starting the island's economy.

Penultimo obsessed with the Black Pearl 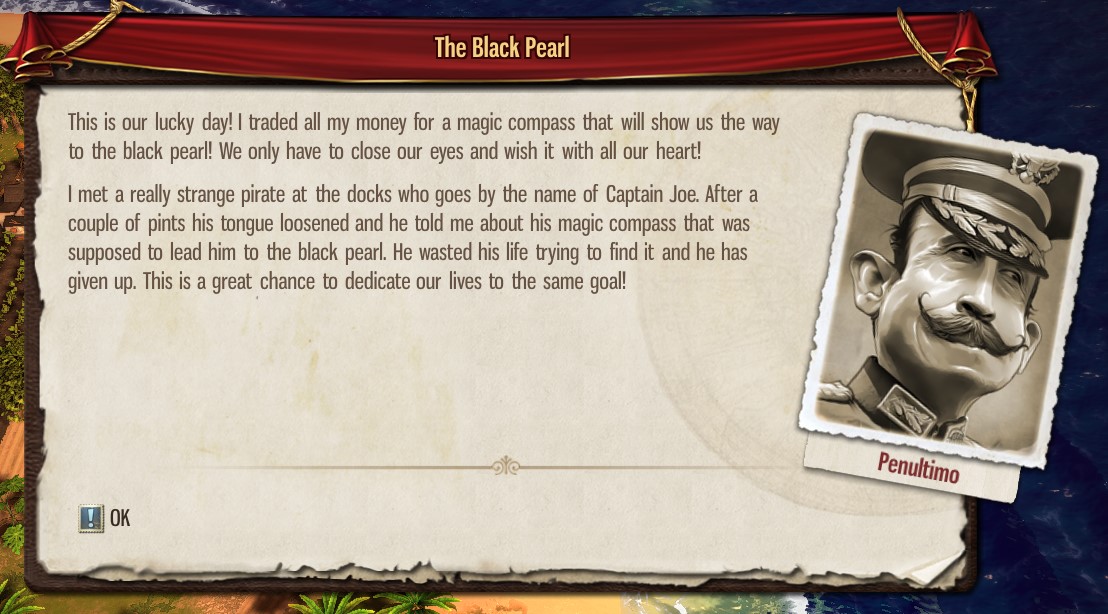 Penultimo goes to the bar, talks to a stranger and decides that we are going to dedicate our lives to finding the Black Pearl.

Get the TIKEA parts! 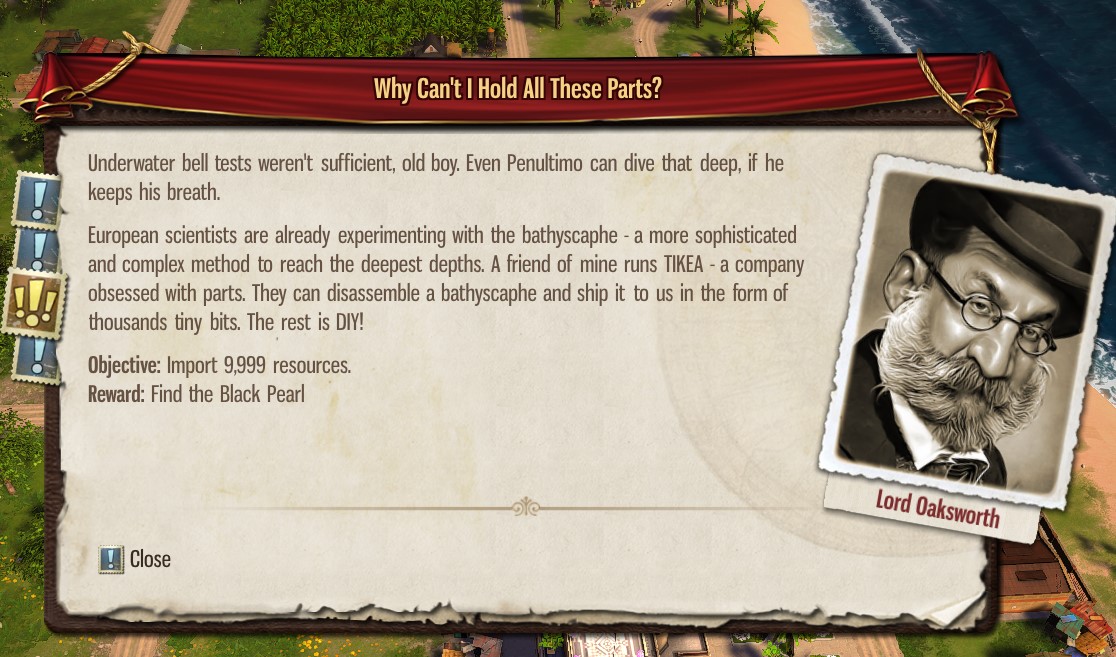 One way or another Sweden comes often enough when playing Tropico 5. We will build a TIKEA bathyscaphe. Importing any goods from the trade routes will grant you bathyscaphe parts. It is better if you choose the cheapest product available. However, don't start doing this right away. Instead complete all possible quests.

Penultimo will ask you to build 2 Smugglers Docks, which will be attacked by pirates: 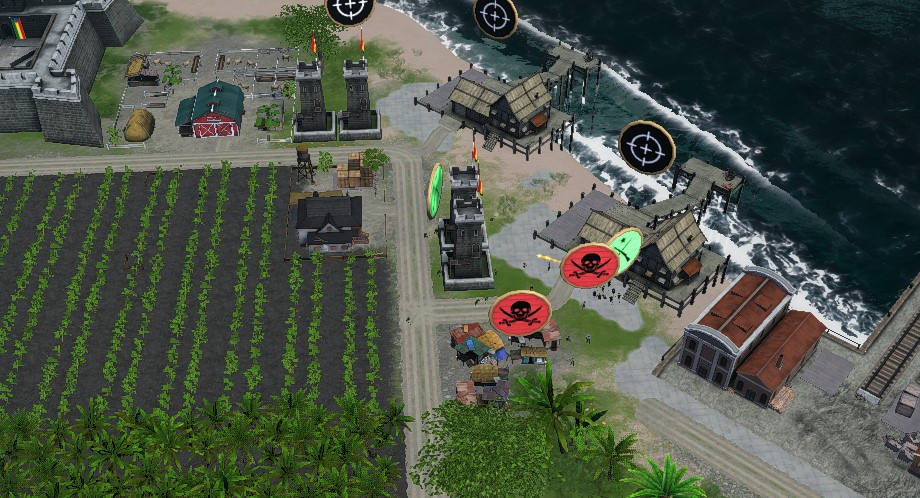 Next missions are going to be easier if your island is well setted up. From this point onwards it is better if you dedicate yourself to build up the island by bringing more population, building houses, economy and completing Colonial era quests:

I generally picked extra population rewards or swiss account money ($$) as I had enough mandate time. We are not really trying to win this mission, but to set up for the rest of the campaign.

The mission will end when you have imported 9999 TIKEA parts. Strangely enough building a bathysphere this way will work, and you will find the Black Pearl 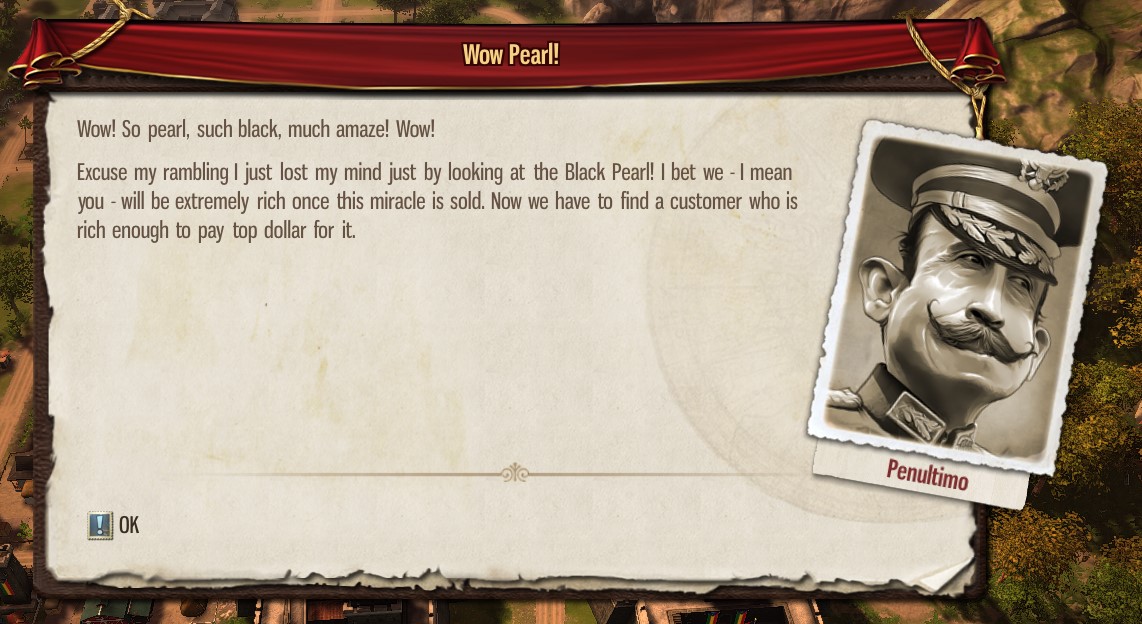