Mission 3: Turn up the heat - Find a way to slow how quickly the ocean drains

I have chosen Ojos del Diablo for this mission (same island as mission 2). The main objective is reaching 500 degrees Penultimo by pretty much doing all is there to do to cause global warming.

This mission depends a lot on how well did you build your island in previous missions, you must have a strong economy. Demolish buildings that are not important for the mission (such as Canneries and Plantations if you don't really need them) in order to free enough workers for Penultimo's quests.

Tropico is in reverse global-warming (cooling?), the ocean level is dropping instead of rising, which somehow is a problem. The famous scientist, Penultimo, has thought of a solution: Reaching a global temperature increase of 500 degrees Penultimo. 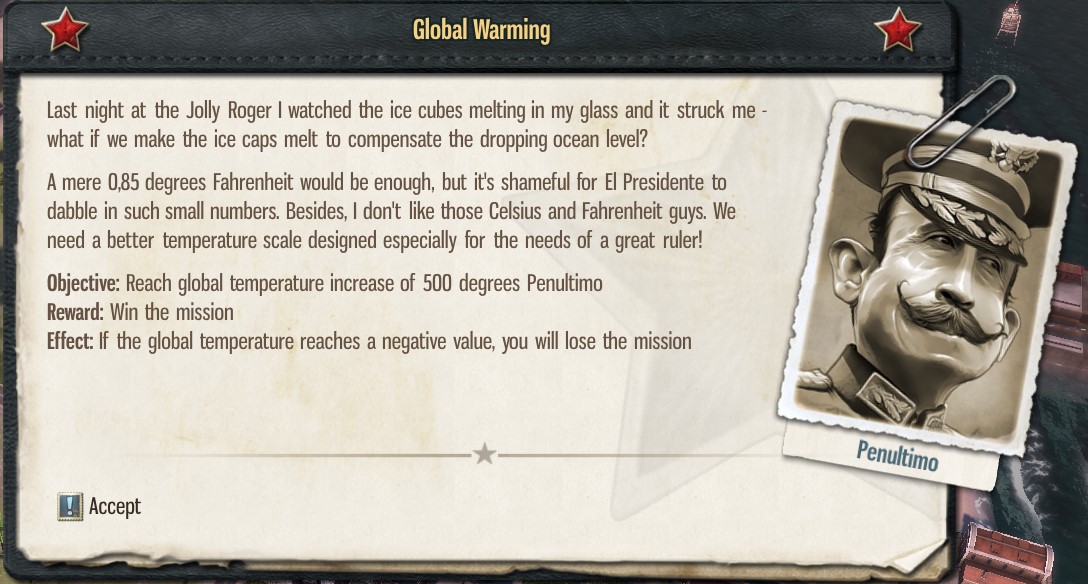 In order to reach 500 degrees Penultimo you will receive the followings quests:

These quests will randomly repeat until you reach 500 degrees Penultimo. Additionally, to make the mission a bit harder, the world is facing the big freeze, which causes losing degrees Penultimo: 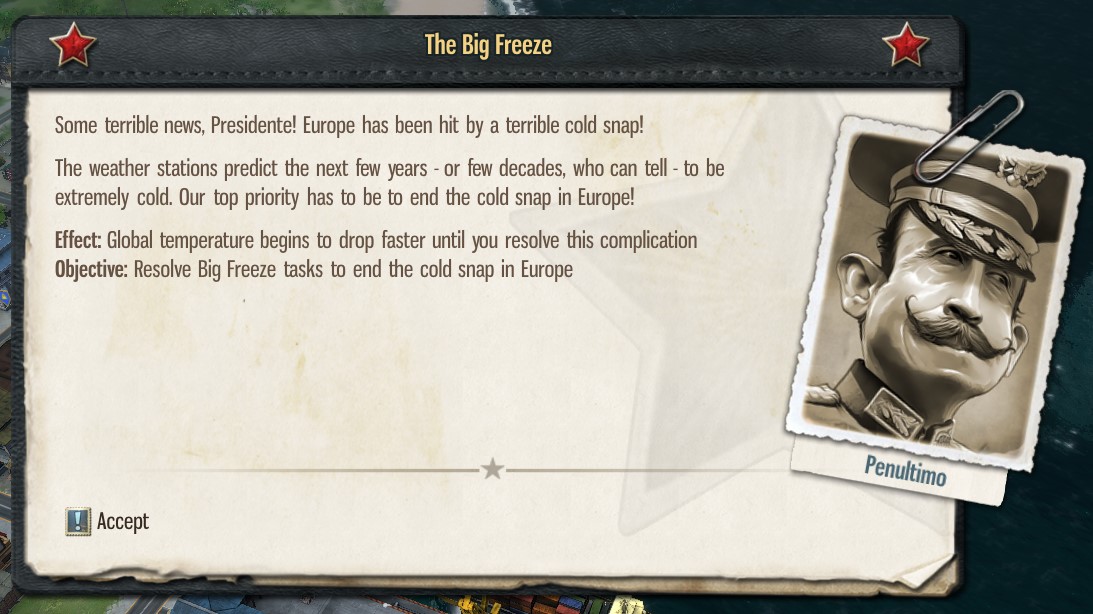 In order to get over the big freeze you will have to: 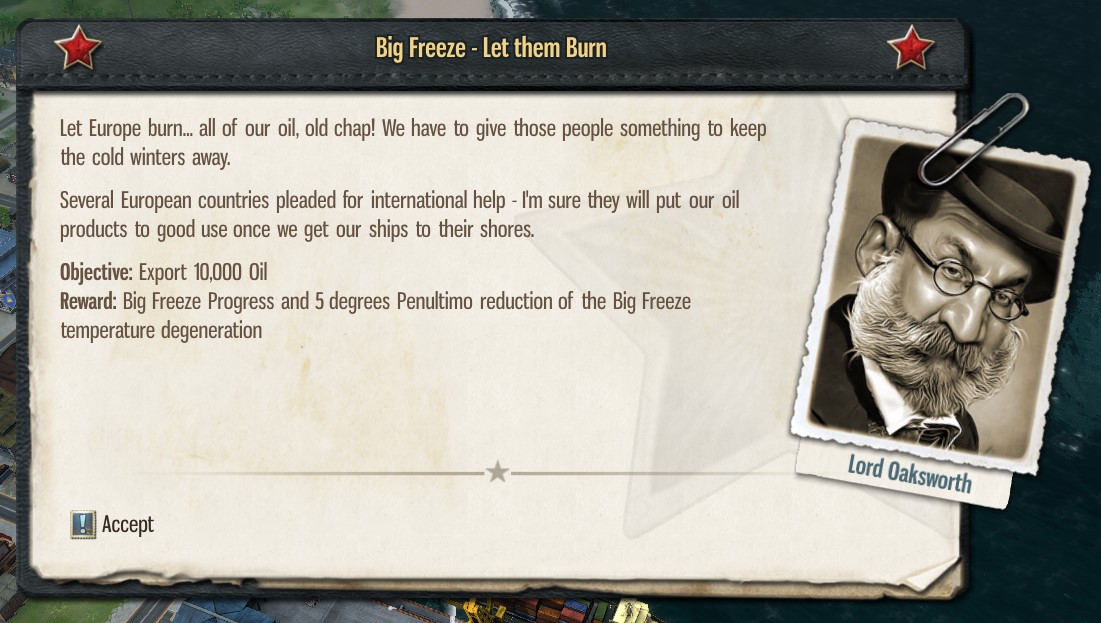 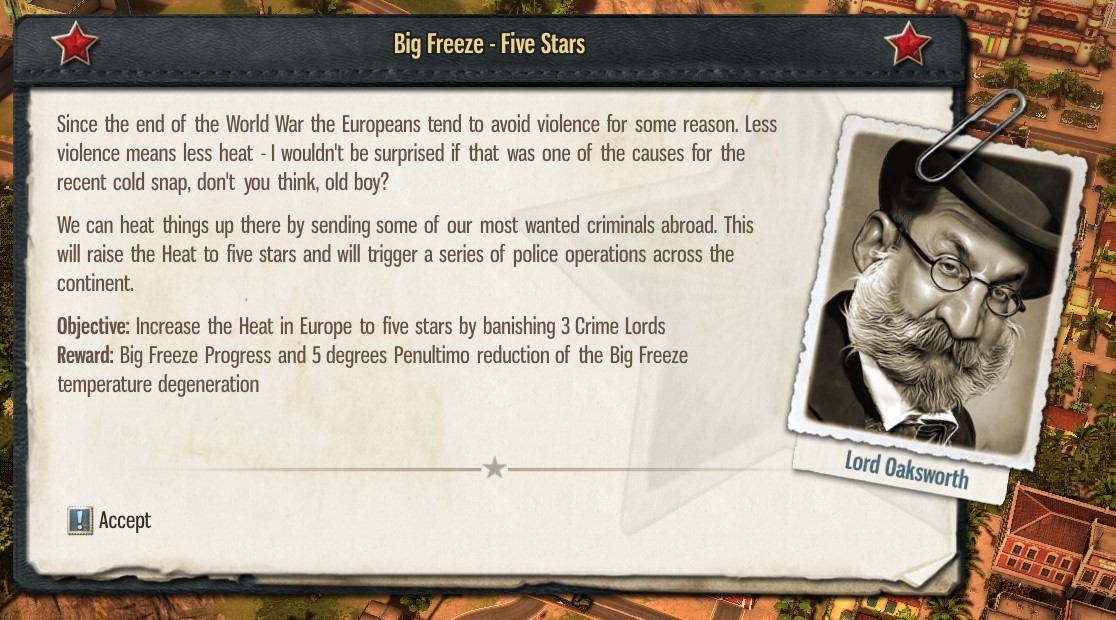 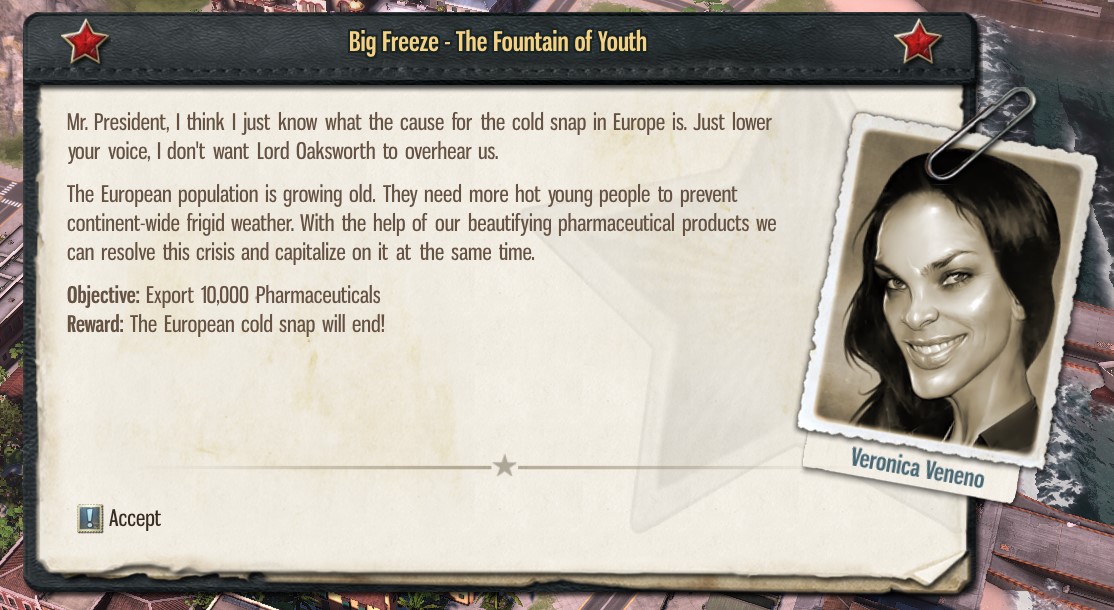 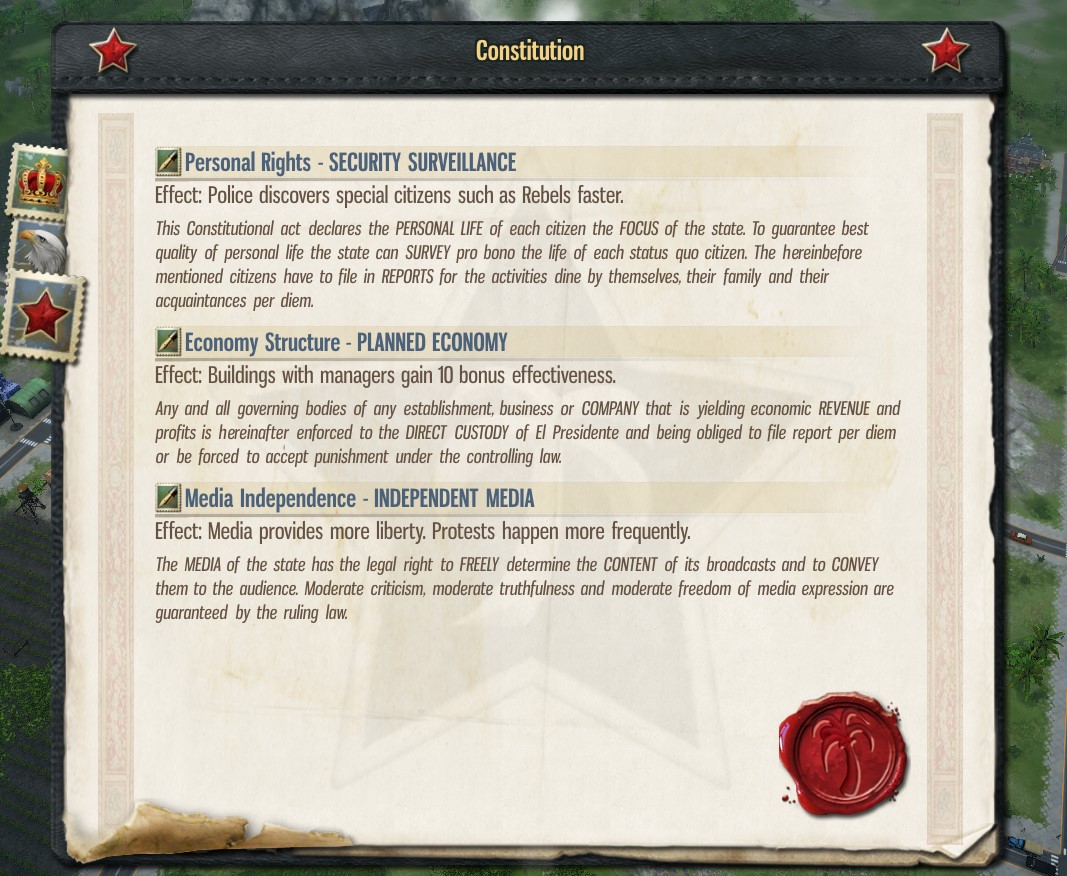 With 126 months to go I achieved 465 degrees Penultimo by just completing quests, and then finally we made it, the ice caps are melting and global warming was possible: 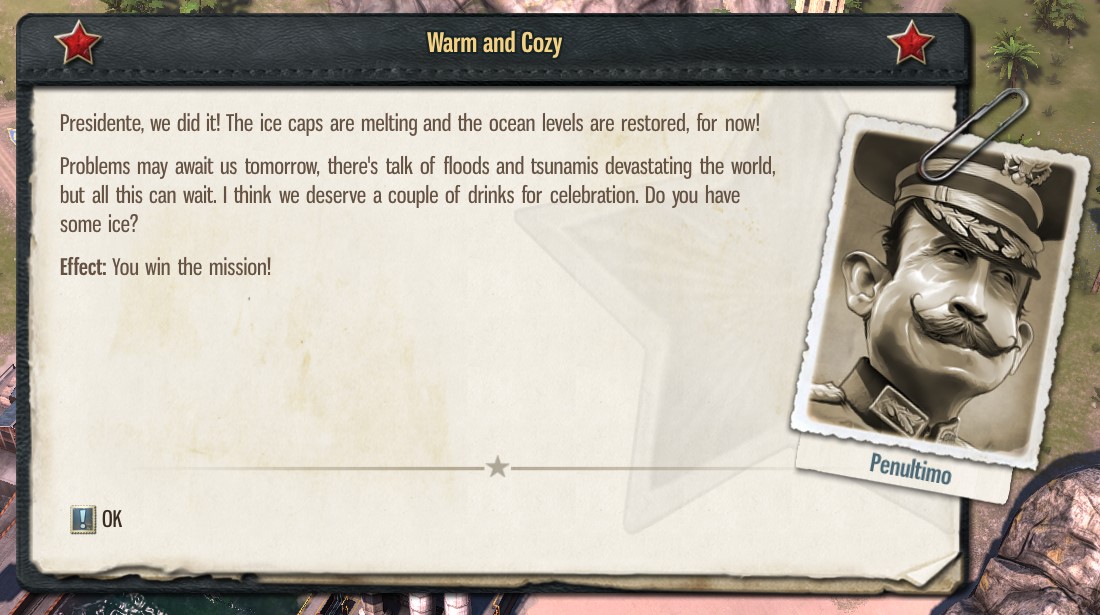