Happiness plays a big role in El Presidente's approval rating, it affects whether you're going to be elected again or not and the more happy your citizens are the less likely they are to take part in protests, uprisings or vote against you. In this article I will explain to you in depth how to increase each type of happiness in your Tropico 5 island.

You can get 90+ Crime Safety happiness very cheap, you only need 1 Police station for each one of your neighborhoods, for example, if you have around 1000 population, then 2 Police stations are enough when paired with an upgraded Supermax Prison. 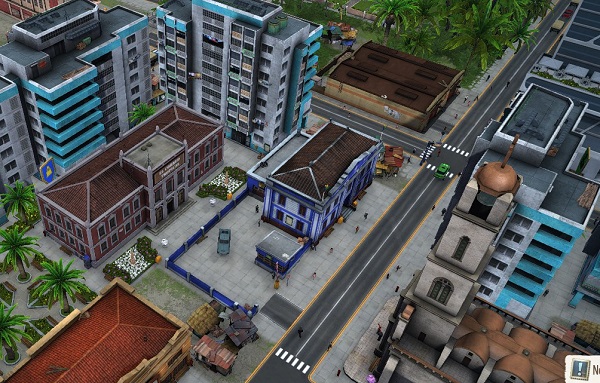 The Supermax prison with the 'Punishment Chamber' Upgrade will keep crime in check.

Police stations and Supermax prison are enough to have a high Crime Safety happiness, if you want to go even closer to 100 you can proclaim the eddicts related to crime.

Tropicans need to eat, unlike other types of happiness, this one is crucial and you should be focussing on this right from start. Food happiness depends on both food variety and on how well food is being transported or available around the island.

Food variety: There are lots of sources of food, you should simply have all types of food plantations in your island:

Build fishing wharves and ranches that give you both milk and meat as output: 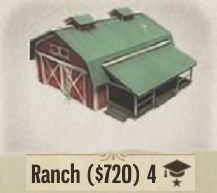 Different kinds of ranches do not give food variety, in Tropico 5 meat is meat, it doesn't matter where it comes from, although Fish is something else and does indeed give you an extra point in food variety.

Markets: The most important thing about Food Happiness is having markets close to where your people live, make sure of having enough so that all your Tropicans are attended, also hire either Union Leader or Administrator managers in order to increase job quality (job quality is bad in markets) or increase number of attended people.

Teamster offices and good roads to move goods around are important too, but that is a given if you want to achieve anything in Tropico 5.

Healthcare happiness is pretty straightforward. You need a lot of clinics and hospitals and not to proclaim the paid healthcare eddict.

Buildings: Clinics first, then change to Hospitals when you have access to them.

Remember when I told you that Crime Safety happiness is cheap? Entertainment is even better, it is profitable. If you're in the modern era then all you need to do is fill your island with stadiums and other entertainment buildings, as simple as that. (as long as your basic economy is setted up of course)

Entertainment depends on the Era you're in. The first two eras entertainment is based on Taverns and Restaurants, while later in the game you can expand to all types of entertainment buildings. Make sure there is entertainment for all your citizens, rich, poor, family and cultural. 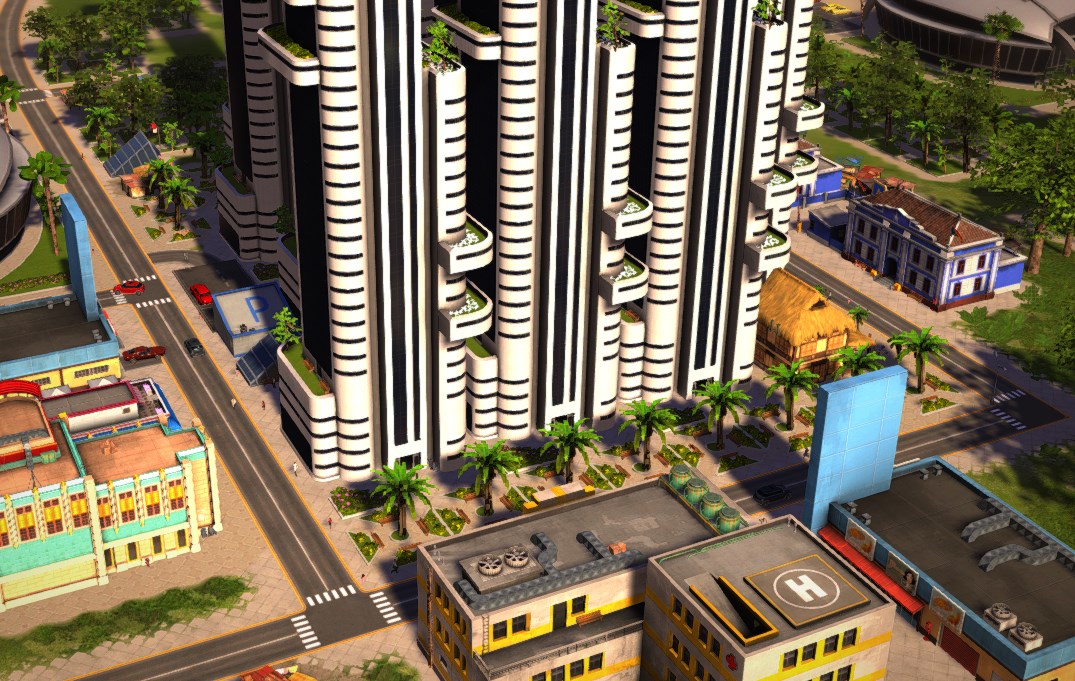 To get close to 100 in this type of happiness not only a lot of Houses or Apartment buildings are necessary, but also they must be built in a beautiful place with high Housing quality and also everyone should have monetary access to them.

Housing quality: As you advance through the eras you get to build better housing, but then even Modern Apartments have a limit of housing quality, with it being 91. In order to increase this limit you must electrify the apartment and also make sure it's ubicated in a beautiful place with a lot of parks. 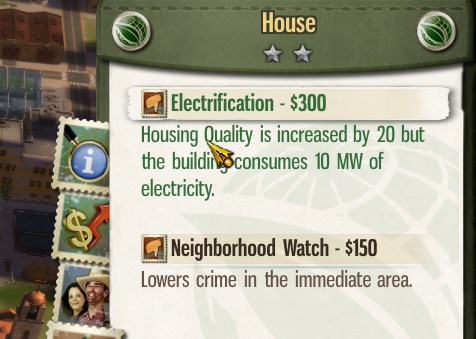 Access: Not all of your citizens have the pockets to live in expensive housing, you need to proclaim the Mortgage Subsidies and Social Security edicts. Also use your 'Altruist' managers in the buildings in order to increase wages.

Edicts: Use Urban Development before you build a lot of houses, have Social Security, Mortgage Subsidies and Free Wi-Fi. 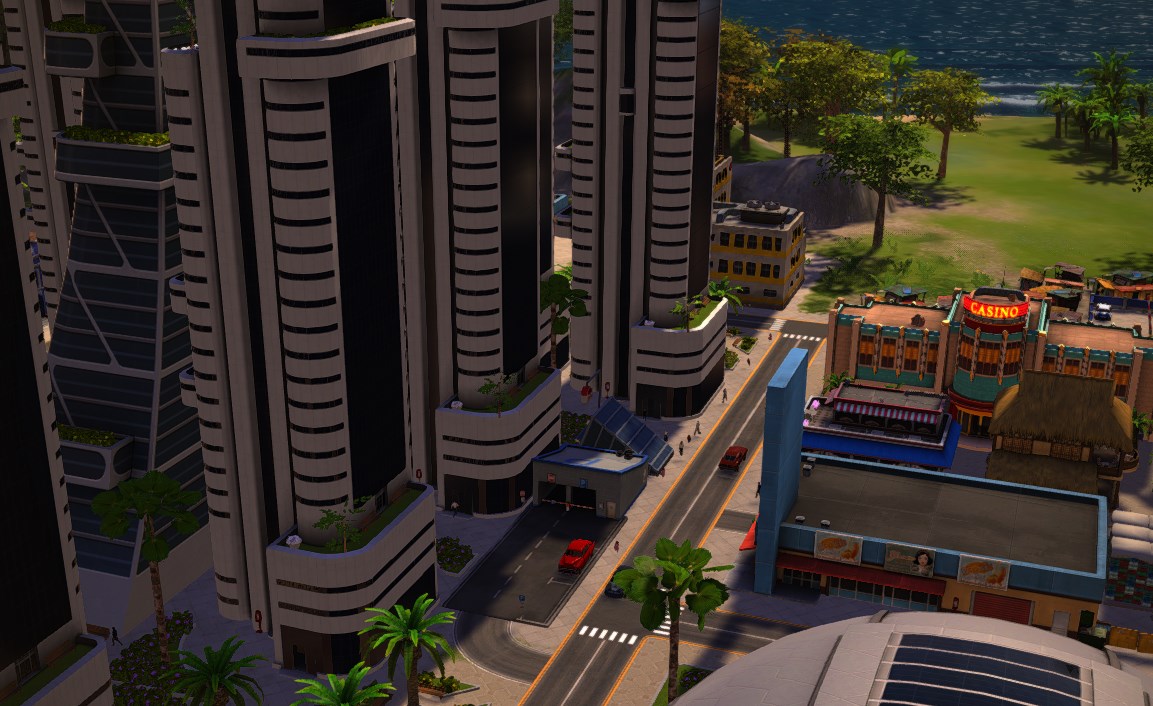 You might be tempted to think that by increasing wages alone Job happiness will follow, while this is true, it is ill advised to do it. By increasing wages tropicans will be reluctant to work lower wage (and necessary) jobs, which in turn will end up in economic collapse, trust me, do not increase wages unless you're very well into the late game. Better ways of increasing Job happiness are building parking lots near your neighborhoods and job places, and proclaim any edict or build any building that facilitates transport between Tropican's homes and jobs. 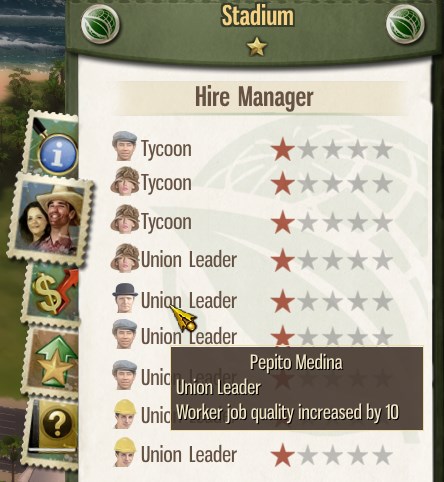 Hire Union Leaders in every single building that has poor Worker job quality.

In your constitution amendments have "Workers Paradise" but do this only if your economy is very strong.

Liberty is mainly about Constitution and edicts, after that you need some TV Stations near neighborhoods.

Finally, this is one of the hardest because religion seems not to like liberty. Most edicts favoring freedom or tourism are hated by the Religious faction, this means you have to make a choice. Personally my choice every game is to neglect Religion, being around the 50 religious happiness mark. Nevertheless if you want to go further and get your Tropicans to be the happiest we will ever see: 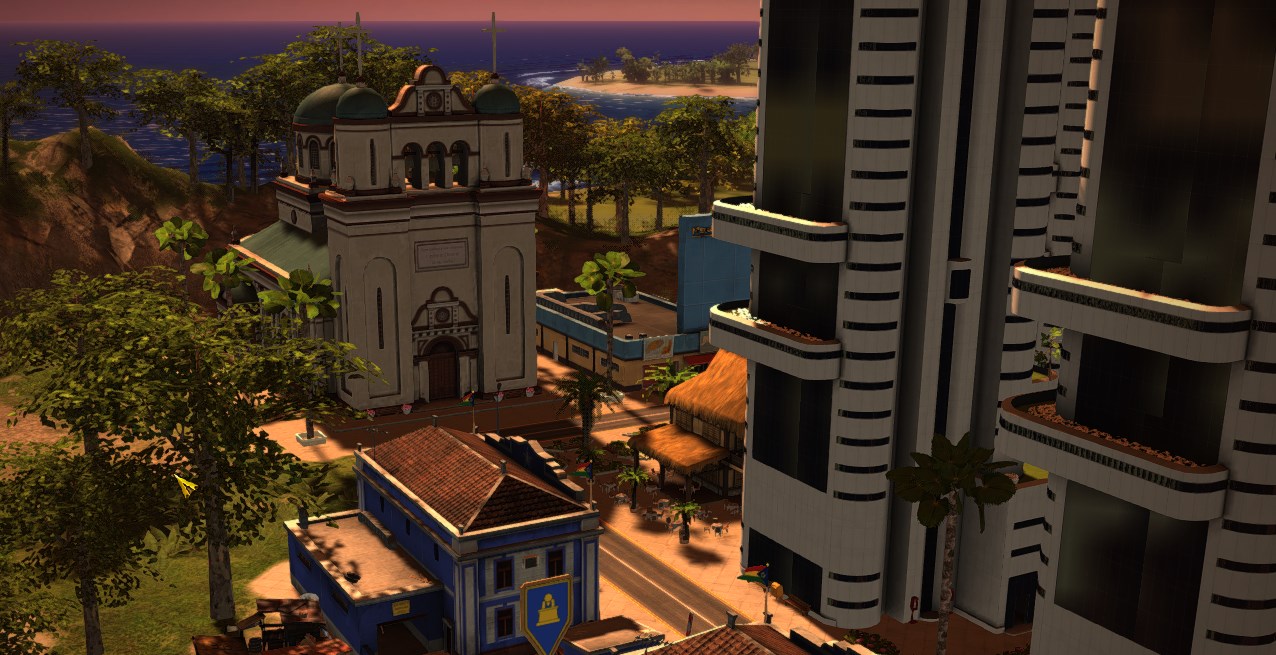 Build religious buildings near Houses or apartment buildings. Remember you can also upgrade them with Community Aid in order to help your Housing Happiness. 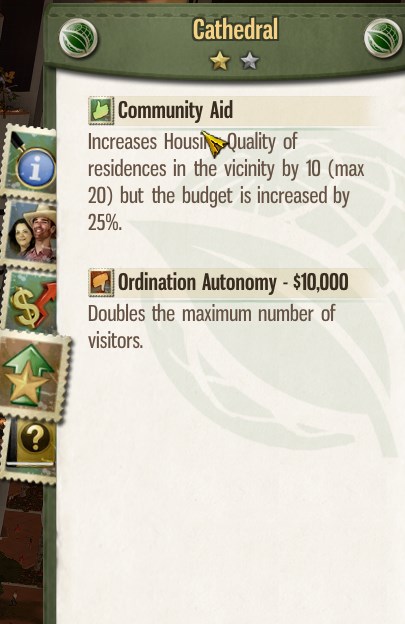 Religious people love the Contraception Ban, which will reduce Liberty, but it will also increase the amount of people in the island, which in turns is very good for the economy.

How much does reaction time declines with age?