When and how to claim your $25 Apple's iPhone throttling settlement

At the end of 2017 the controversy arose, Apple seemed to reduce the performance of the iPhone intentionally if the battery was not 100% of its capacity. A functionality designed to avoid spikes that could cause major problems to the phone. A functionality that has cost them millions and millions of dollars. In the United States now they will have to pay 500 million dollars of fine for the lawsuits, which has been about 25 dollars for each iPhone affected in the  country. How likely are you to receive your $25 settlement?

Consumers in the USA have until Oct 6th to file a claim for $25 here: https://www.smartphoneperformancesettlement.com/

In December 2017, Apple confirmed that iPhone software effectively reduced and limited performance if the battery had begun to deteriorate. This measure, since it was not public and optional for the user, was not liked. Consequently Apple apologized and opened a battery replacement program at $29 for all affected iPhone, which is way cheaper than the usual $79 price tag. With a new battery the phone regained its initial performance. Affected iPhone ranged from iPhone 6 to iPhone 7 Plus.

The Californian firm has since received many demands in several countries around the world. These demands have often been unified in a collective that welcomes all affected users. In France for example they had to pay 25 million euros for it. In Italy, in addition to a fine, they had to place a warning message about this performance limitation.

But it has been in the United States where the sum has grown significantly. According to Reuters, Apple has decided to pay $ 500 million in lawsuits in the United States to close the case and avoid longer legal proceedings. Of course, they do not admit the irregularities presented. For each iPhone affected most people filing will receive $25.

Don't be sad for Apple -I'm sure you're not-, because apple has over $207 billion in cash ready to be spent, so the $500 million settlement is just pocket change for them, which leds me to think, Why pay only $25 per iPhone? I'm sure apple is careful with their finances, but they should be even more careful with their image as of now competition in the phone space is strong with giants like Samsung, Huawei and Xiaomi. 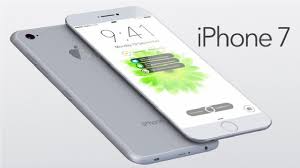 The 500 million dollars correspond to about 25 dollars for each iPhone affected in the United States. These are the iPhone 6, iPhone 6 Plus, iPhone 6s, iPhone 6s Plus, iPhone 7, iPhone 7 Plus and iPhone SE. All of them if they used iOS 10.2.1, which is the version that implemented the performance reduction feature. . It also covers U.S. owners of the iPhone 7 and 7 Plus that ran iOS 11.2 or later before Dec. 21, 2017.

Lawyers have to get paid. The maximum settlement is for $500 million, of which $93 million will go to attorney's fees, as is usual in this settlements, lawyers get a big cut. Add up to $1.5 million in expenses. People who participated and are named in the settlement will receive between $1500 and $3500 -good for them-. Everyone else will share what's left, which will amount to a maximum of $25 per iPhone -previously mentioned models- owned.

IPhone models released in recent years already come with a function in the system settings that enable or disable this performance limitation. Although it is activated by default once the battery begins to degrade, the user is now notified and he has the option to continue using it at maximum performance at his own risk that the phone will turn off if it reaches performance peaks in which the battery It is not able to cope.

The Equifax breach is a good example of how this matters are handled. People were entitled to get $125 from the settlement after Equifax's credit reporting agency leaked details of millions of Americans. Those settlement checks haven't been received yet, but many people already claimed the cash. The FTC warned that the public response has been overwheilming and each person who takes the money option will wind up only getting a small amount of money. This case is a good precedent that shows we're unlikely to get the advertised $25 in many websites.

Despite apple admitting to no wrongdoing, the settlement has an impact on how Apple is going to respond to future lawsuits over this and other matters. In 2016 the company settled a lawsuit brought by the depatment of Justice over price fixing it's ebooks to the tune of  $450 million, with customers receiving between $1.57 and $6.93 per ebook.

Currently Apple and it's biggest competitors are subject of a Justice Department probe into wether it's market dominance has made it impossible for others to compete. Adding to that, another class action lawsuit filled by app developers acusses Apple of creating a monopoly through it's Apple Store, which is the only way iOS users can gt apps on their devices and therefore the only way app developers can sell their products to them.

Not content with the two previously mentioned lawsuits, Apple is facing an antitrust lawsuit where iPhone owners accused the company of passing along the cost of the 30 percent comiision it takes from the App store purchases to consumers, inflating prices while also creating a monopoly, this is due to the lack of other way of getting apps in iOS devices. To this lawsuit the US Supreme Court ruled that an antitrust lawsuit against the company could proceed.

While the previously mentioned lawsuits are different than the one in the spotlight, they are far more important as they talk about monopolies and the impossibility for both developers and users to sell/purcharse apps in any other way that is not through the App store. The $500 million settlement is an important step, but is only the begining of the conversation and should not distract us.