Spiders inside computer or laptop

Images of spiders inside computers

Saying hello from your ethernet port 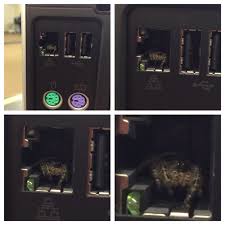 You should probably clean it up sometimes 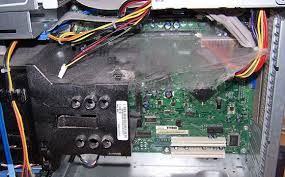 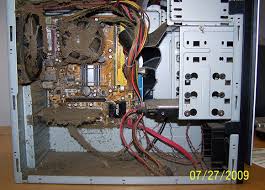 Spider getting comfy in a motherboard 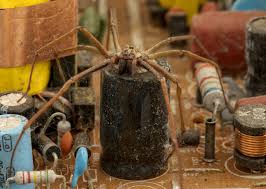 Just burn it all 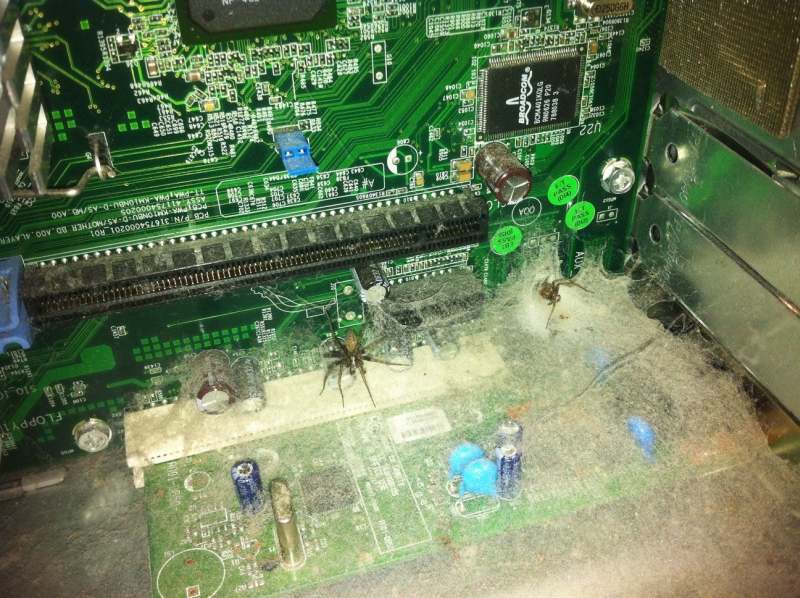 Can spiders or bugs harm your computer?

Yes they can. You probably have heard about the term "bug" referring to a program doing something that is not intended. This is not a coincidence, the first "bug" was a literal bug -a moth- inside a huge computer.

Grace Murray Hopper was working on the Harvard University Mark II Aiken Relay Calculator. On the 9th of September, 1945, when the machine was experiencing problems, an investigation showed that there was a moth trapped between the points of Relay #70, in Panel F. The operators removed the moth and affixed it to the log. The entry reads: "First actual case of bug being found."Grace Murray Hopper, who lived from 1906-1992, found the first computer bug while working in a temporary World War I building at Harvard University on the Mark II computer where a moth had been beaten to death in the jaws of a relay. She glued it into the logbook of the computer and thereafter when the machine stops (frequently) they say that they are "debugging" the computer. The very first bug still exists in the National Museum of American History of the Smithsonian Institution. The word bug and the concept of debugging had been used previously, perhaps by Edison, but this was probably the first verification that the concept applied to computers.

While spiders nowadays rarely damage computers, they will damage your components halving their life cycles. Spider's cobwebs are conductive and will damage motherboards. If this is not enough of a reason, think about chilling with your laptop and suddenly you see a spider in your hand, then the spider might not damage your laptop, but you could do it yourself in your jumpscare.

What to do if a spider or bug is inside your computer or laptop?

I worked at a local hardware store and had to deal with this problem a few times. I will guide you on how I dealt with this: 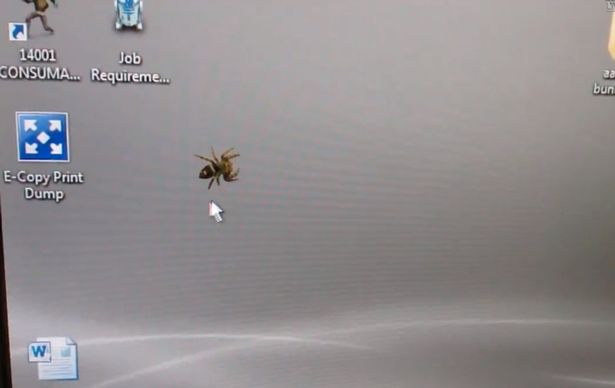 Spiders find their way in everywhere, including monitors somehow. This is not uncommon, if you found a spider inside your TV or computer monitor don't panic, there is a solution that does not involve opening the monitor, this is, if the spider is alive. Place a strong light pointing at the monitor, the spider should crawl away overnight and the problem should be solved for now.

If otherwise, the spider or bug is dead, then there is a solution to getting it out without taking the monitor apart. It involves an electric toothbrush, watch this video: