The NVIDIA GTX 1080 is an ancient card that still achieves decent frame rates in most demanding games, but is widely surpassed by newer generations in both performance and efficiency. However, due to shortages, the gtx 1080 costs around $700. Is it worth paying $700 for a GTX 1080 in 2021? Let's review its value/performance, benchmarks and power consumption. Also we will compare it to the newer generations of graphics cards. 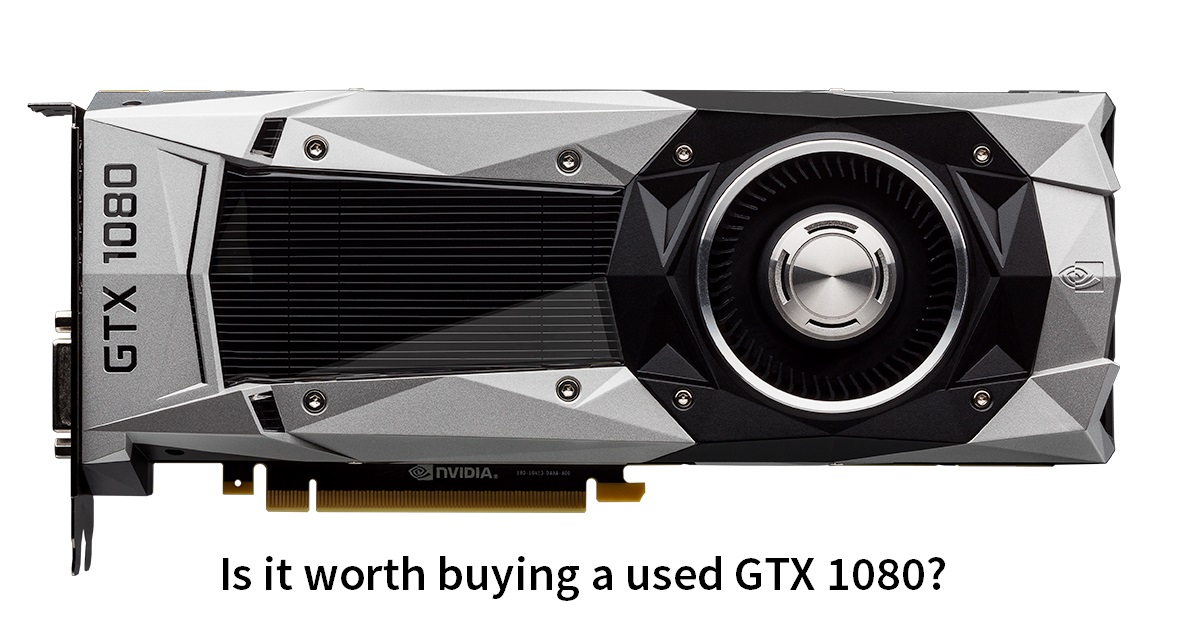 The GTX 1080 is capable of running modern titles at 1080p and 1440p smoothly. Nevertheless buying a GTX 1080 in 2020 makes sense only if you're buying second-hand because retail prices are too high. Buying used implies risks and no warranty, therefore if you don't fully trust the seller, buying a retail RTX 2060 is a much better option. A graphics card that performs slightly worse but has warranty and more features.

The graphics card performs well in modern titles, achieving more than 60 FPS while rendering games at 1920x1080 ultra presets. The only exception is Anno 1800, which runs smoothly at 60+ FPS if you lower the graphics to high-presets.

Frequently asked questions about the GTX 1080

Nowadays you should only get a GTX 1080 if you're getting a good deal for it, as a used card. Selling for around $300 the graphics card should be paired with a CPU that is half its price and it won't bottleneck.

Ryzen 3 3100: I just don't get tired from talking about this CPU. It will absolutely be more than enough, it won't bottleneck your GTX 1080 and it also won't break your bank account. The Ryzen 3 3100 costs around $100. However, we expect huge performance gains when the Ryzen 4000 desktop series comes out.

GTX 1080 compared to other graphics cards

Buying a GTX 1080 for $700 retail doesn't make sense, that is why we are using its second-hand price of $300 to $350. Always keeping in mind that a used graphics card has no waranty and could be damaged, therefore having a lower 'value' than a retail model bought for the same price.

In terms of performance, price and power consumption the GTX 1080 most fair competitor is the RTX 2060 SUPER, which costs around $1000 and performs very slightly better. Buying either the RTX 2060 or its SUPER version (retail) is better than buying an used GTX 1080 because:

The biggest problem for people when buying an used GTX 1080 is the state of the GPU. It could had been under constant mining stress or it could fail anytime. If you don't trust the seller or you didn't personally benchmarked the GPU before buying, it is much better to pay a little extra for a RTX 2060. Not only will you get a new graphics card, but also performance is very similar and it has features like Ray tracing, Turing NVENC and DLSS.

If you got a good deal on the card the next big problem is future proofing. Even at 6 years old the GTX 1080 is still great and runs new games smoothly. Imagine there are people today playing fine with a GTX 570 in their computers, a graphics card that was released in 2010, and even back then it wasn't thought of as a future-proof GPU. It is a statement on how good NVIDIA cards retain their value over time. If the GTX 570 lasted this long, the GTX 1080 will keep being usable past 2026.