This laptop is very innovative. As much as to start a new category of equipment on its own, and it owes it all to its flexible OLED screen. Thanks to it we can use it as a traditional laptop, but also as a tablet. Or as an e-book. Or as a monitor. Its possibilities are, on paper, very wide.

There is no doubt that developing a proposal like this must have forced Lenovo engineers to sharpen their ingenuity to the maximum because, in addition to the challenge of hinge design, it is necessary to have an interface that is capable of solving all the usage scenarios in which this equipment is intended to be used correctly. It's certainly worth a look in more detail. 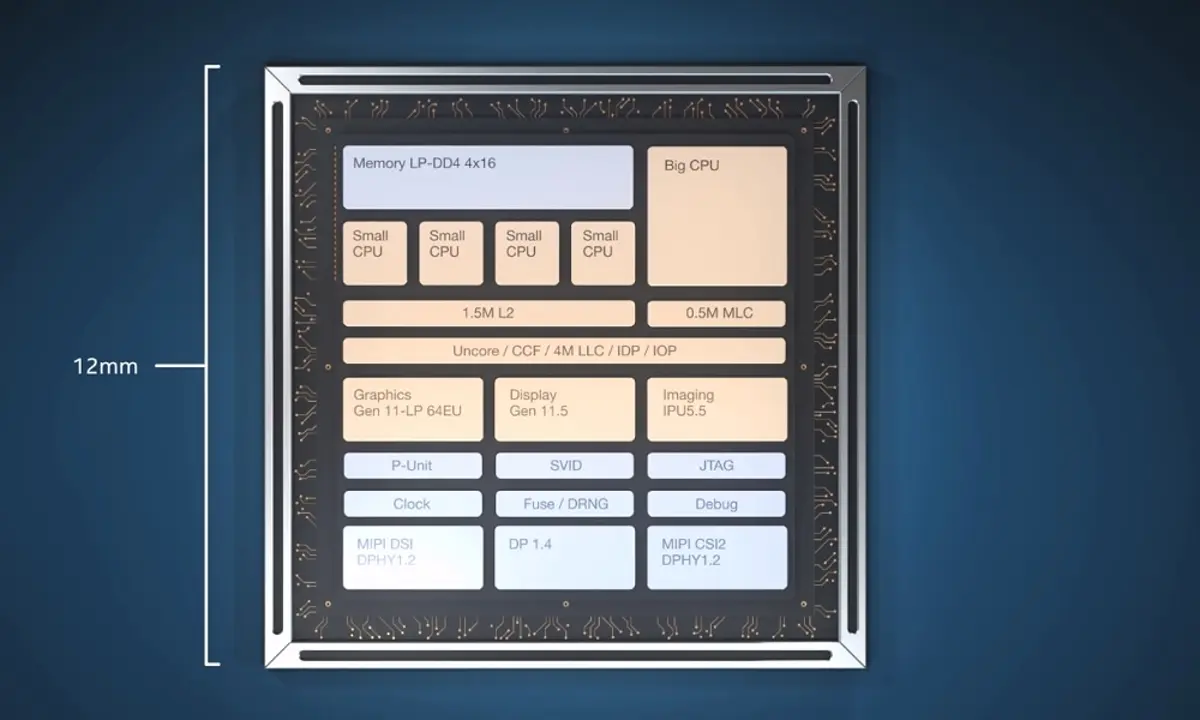 The CPU in this laptop is an Intel Core chip with hybrid technology (i5-L16G7), a processor that is characterized by having a 56% more compact packaging. The main memory on which it relies is 8 GB LPDDR4x at a clock frequency of 4,267 MHz, and the graphics logic is the 11th generation Intel UHD integrated in the Intel Core processor with hybrid technology. On the other hand, to solve secondary storage Lenovo has opted for a solid state drive with a capacity of 1 TB and NVMe M.2 interface. Specifications that are enough for a fairly smooth experience.

All the processing power is encapsulated in a very small package that also has to be capable of folding. In order to do this Lenovo says they had to design a completely new type of cooling system from the ground up, "There's a fan, a heat sink , and a heat spreader, all of which sandwich the entire motherboard to keep it cool and reliable". All in all very interesting innovations for the laptop market, although it is yet to be seen if it works properly. 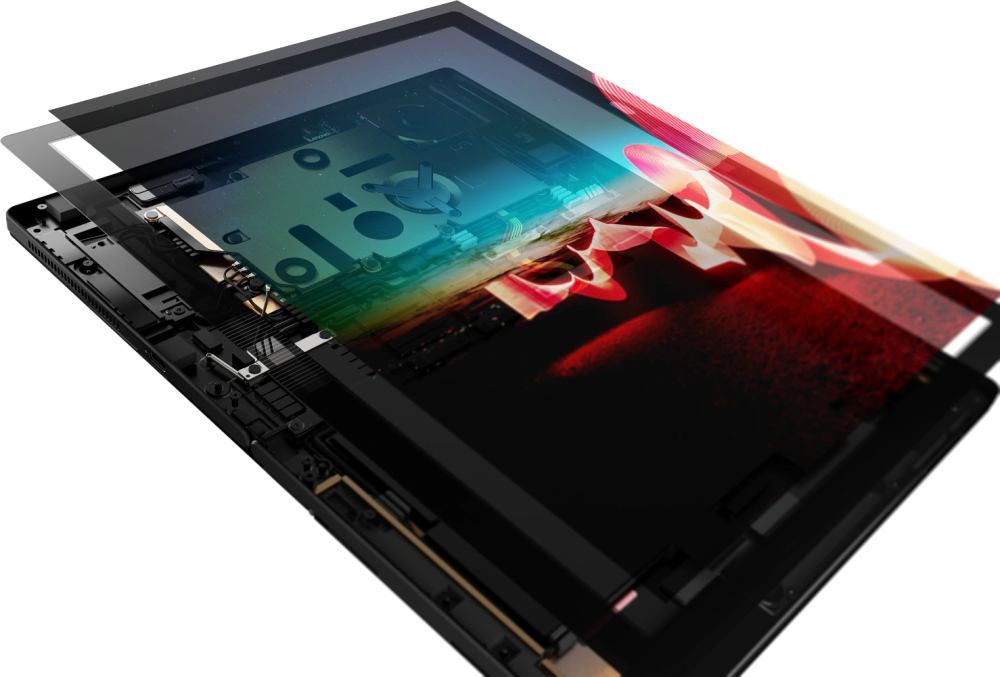 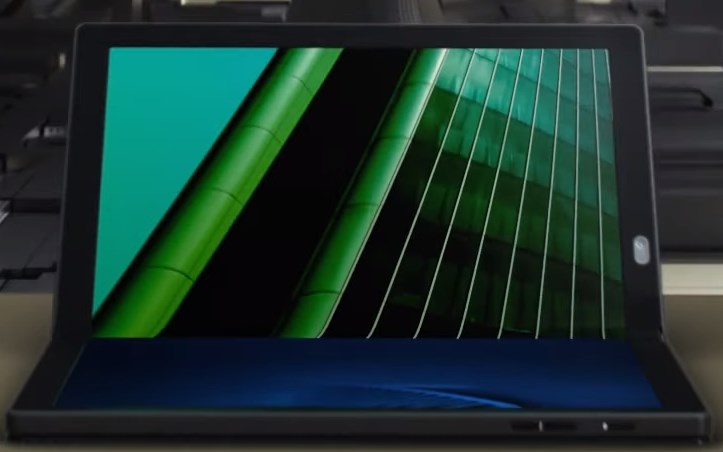 The OLED screen is the true heart of this laptop. It not only stands out for resorting to an organic panel, but also for its 4:3 aspect ratio, a format that, according to Lenovo, improves the user experience in some scenarios, such as browsing the Internet or creating content. In addition, this organic panel manages to deliver 300 nits of brightness and covers 95% of the DCI-P3 color space, a figure that is not bad at all.

The interface of this ThinkPad X1 Fold adapts to the format in which we use it at a certain moment, so it will not be the same when we combine it with the stylus, with the on-screen keyboard or with a physical keyboard.

The laptop is quite amazing in its versatility. When unfolded it can be used both as a laptop screen (image below) or as a tablet. 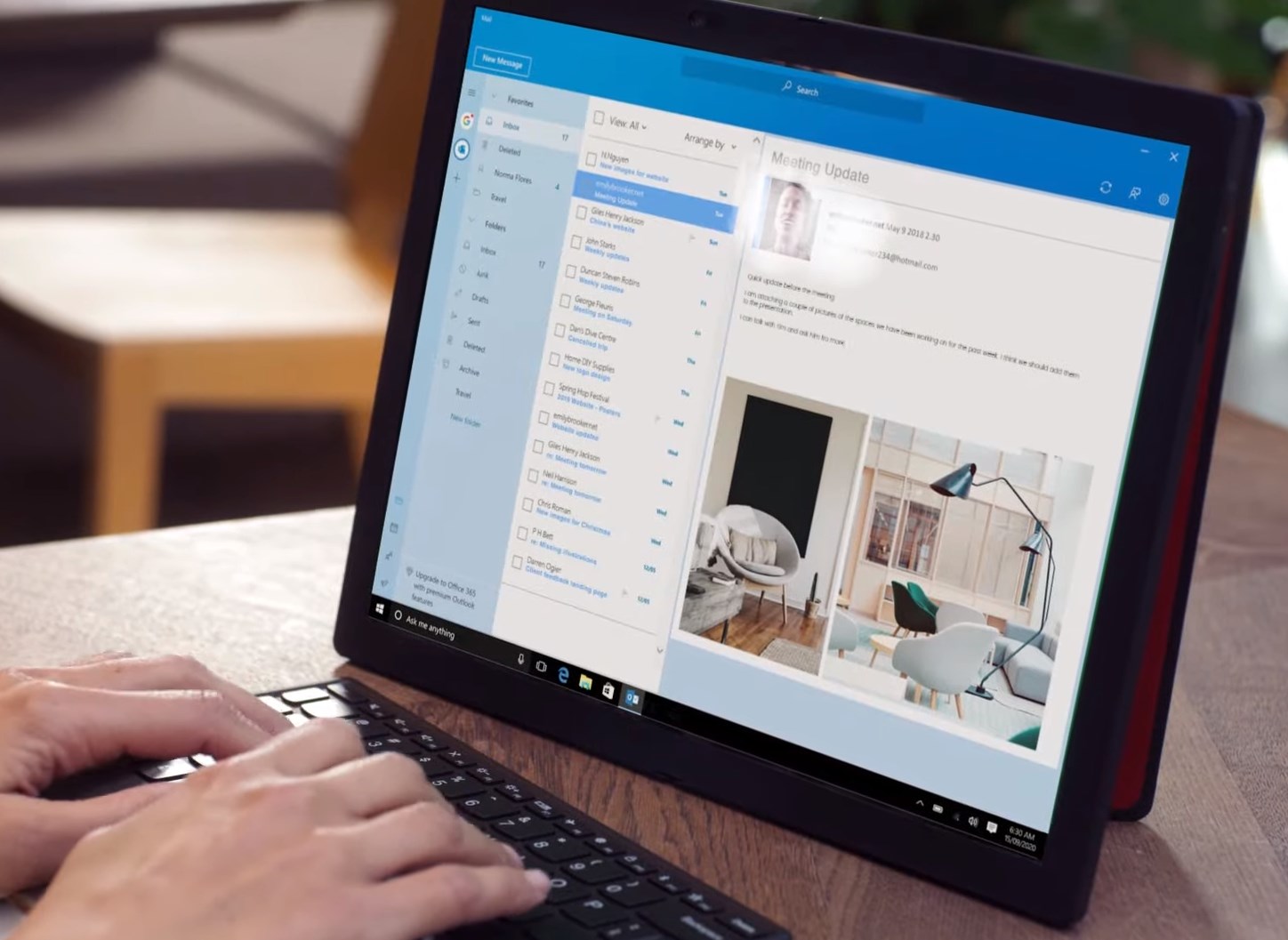 As in smartphones that incorporate a flexible OLED screen, one of the most important components of this laptop is the hinge that allows us to fold and unfold it to adapt it to our needs at a given moment. The reliability and service life of the equipment depends to some extent on it. When folded, this laptop measures just 9.3 x 6.2 x 1.1 inches or 158.2 x 236 x 27.8mm. 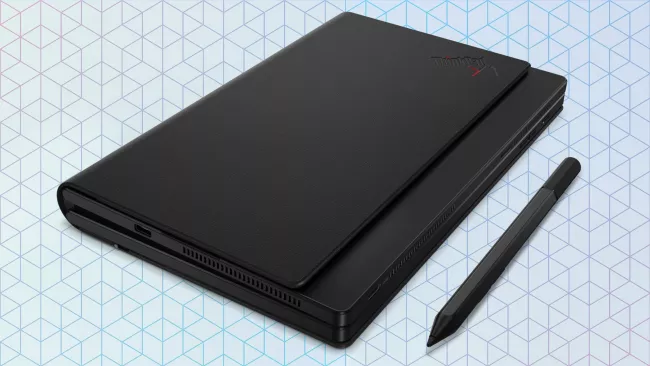 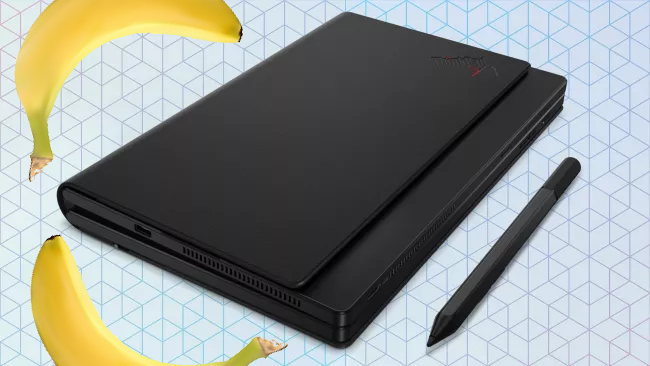 Not only the laptop is very versatile and portable, but also its chassis includes carbon fiber, which helps Lenovo's claims of MIL-SPEC-level durability.

Folding devices, particularly phones, have a bad reputation of breaking easily or having a very subpar durability. Lenovo addressed these issues with a new set of durability tests, including dropping the laptop with its keyboard attached inside, folding it where messy detritus are inside the folding screen and dropping metal balls directly on the screen. Lenovo engineer had quite some fun. 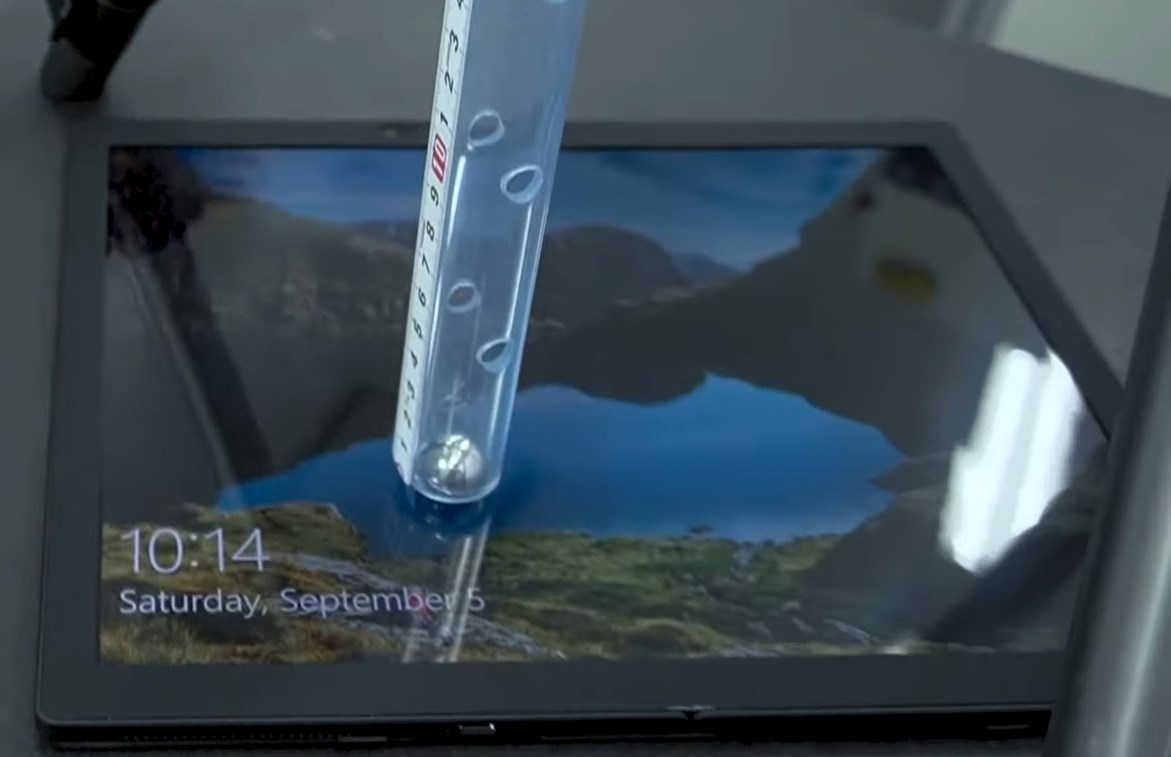 The foldable laptop has a durability that Lenovo rates for up to 11 hours (on the Mobile Mark 2014 test), which it accomplishes by having a 50 watt-hour battery coupled with a Intel core Lakefield processor.

The ThinkPad X1 Fold is available for pre-order starting September 29, it starts at $2,499, although the base model does not include the 5G connectivity or accessories such as the pen and the keyboard.