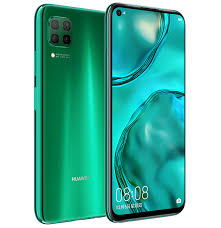 It is again the most basic of the P40, although they like to talk about top of the range it is a mobile embedded in the mid-range. It includes a processor of the house and also the software, with EMUI 10 as the protagonist and that app store that they are so keen on promoting.

The design of the P40 Lite fits in what we have been seeing in the high-end Huawei for a few years, taking advantage of the pull of the colorful and degraded colors that the brand takes pride after its Twillight tone for the Huawei P20 Pro. So , the P40 Lite is presented in a colorful green, with a gloss finish and rather with a casual and youthful tone. 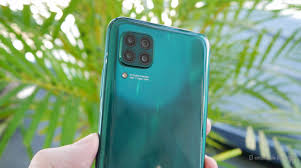 The camera module is shifted to the side as we have been seeing in the P and unlike the Mate 30, which is due to the location and size of its battery. It is a square module that integrates the four cameras and stands out a lot, leaving out the flash and the inscription that indicates that there are four lenses and the intervention of artificial intelligence.

What attracts attention in the first moments of holding it is that it is quite thick, but at the same time light. Thus, although it seems at first it is not a mobile that tires in hand and the curvature of the edges allows a comfortable grip. Although yes, it slips a lot and the tracks are with the ease we usually see.

At the bottom is the USB Type-C and the 3.5 mm audio jack, and all physical buttons are on the same side. Here we see the volume, above, and then the physical fingerprint reader that is inserted at the edge very correctly at the level of location and discretion.

In general it looks good, remembering the Honor quite for that colorful touch with the color and for the screen hole, something that we had not yet seen in this line of Huawei and that the brand had only tested on the Huawei Nova 5T , being thus more habitual in the Honor. It gives the feeling that this perforation allows less use of the screen by the interface than a drop-shaped notch and, as we say, the feeling is very close to what we saw recently in the Honor View30 Pro at the interface level on the screen, but on the other hand the EMUI gestures allow that below it does gain use with respect to the solutions that we see in Android stock or in One UI, among others.

Huawei have choosen an IPS display this time, which is unusual for them because they tend to choose AMOLED. Thus, the screen we see in this terminal is a 6.4-inch IPS panel, somewhat larger than the P30 Lite without increasing its height or resolution, so the pixel density is lower. It is in a FullHD + that is not bad to be a mid-range and that translates into a good visualization, which is the important thing.

In the absence of taking it to the street, in very well lit interiors (even with direct lighting at times) the maximum brightness level was more than sufficient, without missing any nit. The contrast is also adequate as well as the spectrum of colors covered, in fact in relation to this we felt that it had that extra touch of saturation almost more usual in AMOLED, although it can be adjusted if we wish. Similar to what happened to the Huawei MatePad Pro, also with this screen technology.

Speaking of this companion of battles, we can spin with performance because there were fluid differences between one device and another. The Huawei P40 Lite integrates the Kirin 810 home processor (7 nanometers) with 8 GB of RAM, something that on paper is enough to move all kinds of tasks, including the new Team Fight Tactics mobile that is scheduled to come out in mid march. On the back of this new company phone we have a square camera module, which has four main lenses accompanied by Artificial Intelligence.

The resolutions of these lenses are the following: Main sensor of 48MP, Wide angle of 8MP, a macro sensor and another one that will help to gather information in the event that the scene requires it. In this mobile we will not have a telephoto lens, but we will have the X2 zoom option for photography.

Sales during a complex international situation

Huawei talked about the fact that the P Lite is the model that best responds to global sales and they want this to continue. Something more complicated by the situation of blockade that they live with the United States, with which their mobiles reach the market without Google services. Something that can affect them more outside the borders of China, not in vain they are making a great effort to push and energize their App Gallery so that users do not notice any deficiency with software while using their terminals.

The trick is in this case a pretty attractive price considering that we talk about the base model of the P Lite: 299 euros -around 325 usd-, more than 100 euros/usd below the starting price of its predecessors. And all maintaining more or less the characteristics of a mobile that has always fulfilled the role of bringing functions and components of ranges above average, in this case a quad camera, fast charging of 40 watts or a processor fully capable of all you can throw at it.