On the game's youtube channel, Civilization VI's developers team shares insight into the new August 2020 update, which features a menu to pick Natural wonders and a new game mode. The update is set to go live on Thursday, August 27.

In July Firaxis released a new DLC for Civilization VI, the Ethiopia Pack, which included the Secret Societies Game mode, the Diplomatic Quarter district with its buildings and the Ethiopian Civilization. All of this for a price of $4.99. This time around the new patch, the Civilization VI August 2020 update, includes a Game Mode that will be free for every single player who has the base game, which was also free in the Epic Store a while ago.

Civilization VI's developer team knows that Natural wonders are not always balanced, that is, if you're playing something like multiplayer. For instance, starting in a location near Torres del Paine (doubles base terrain yields of all adjacent tiles) is way better than starting near Eye of the Sahara (additional production and science for wonder tiles after the game reaches the Atomic Era...). From now on we're going to be able to pick wonders in the game setup phase: 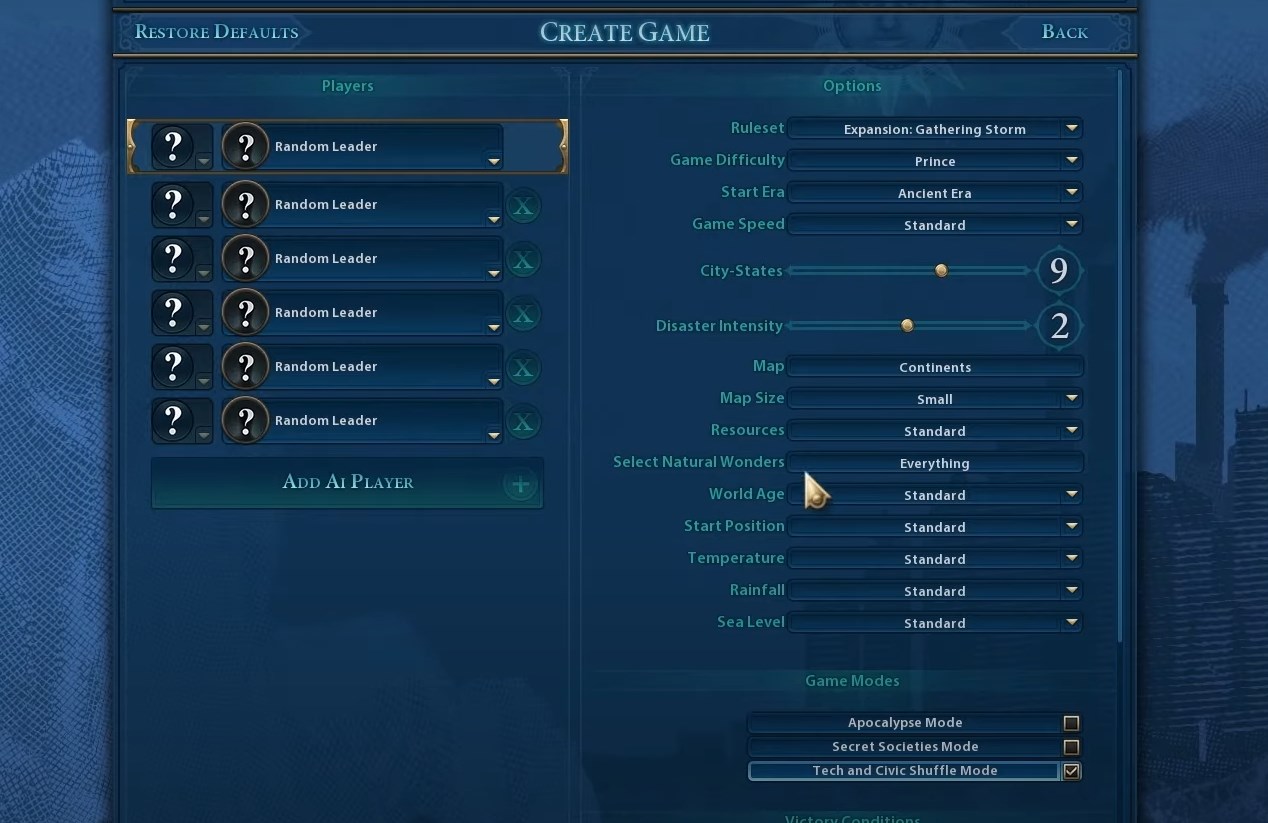 Then we will be able to select the available Natural wonders like this: 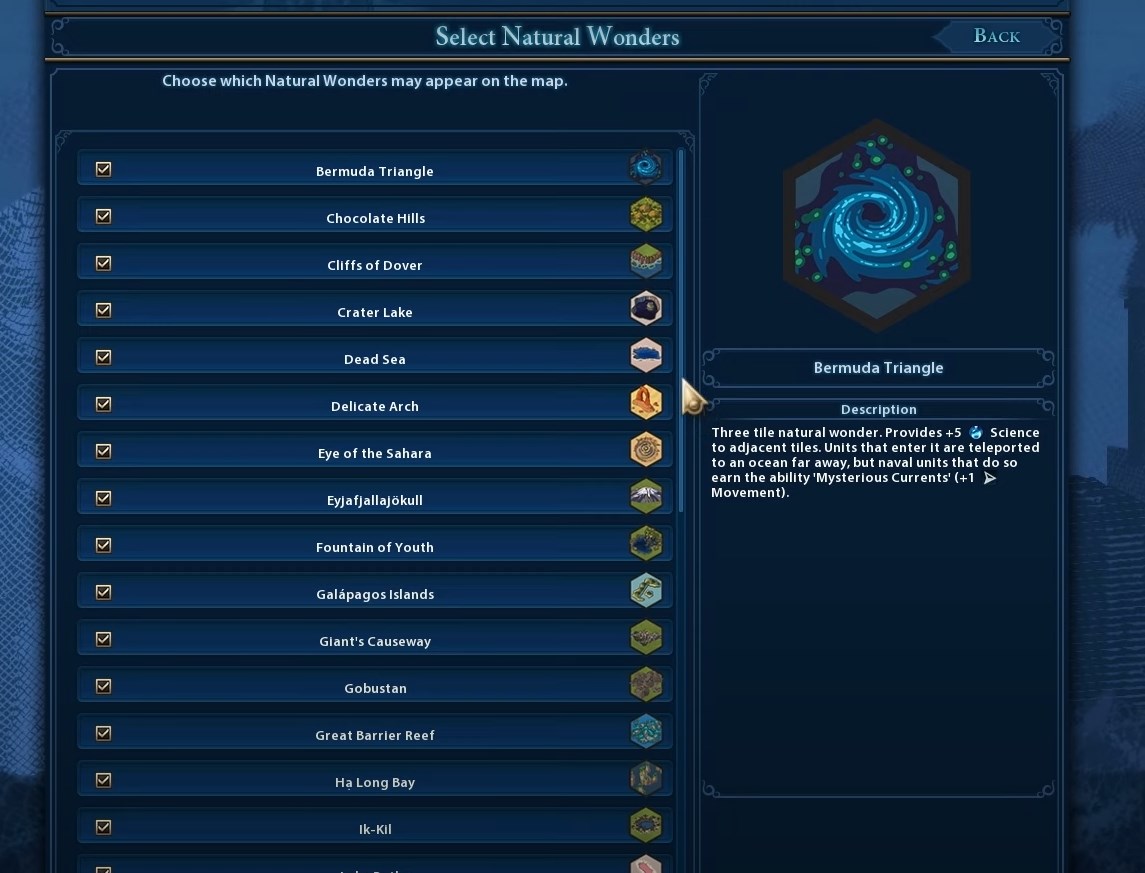 Note: Natural Wonders that you do include in your games will still be random in terms of location and map size.

To have a better understanding on which Natural wonders deserve to be inyour game you might want to check PotatoMcWhiskey's video on the topic:

Aston Strenger, Civilization VI's Lead Designer, said this: "This is a harkening back to when I played my very first 4X game, in middle school. One of my friends, he used to play it, and the mode he played with was called blind research, which meant that, he couldn't exactly know what his next technology was going to be. So this made it easier, because he didn't have to plan ahead as much, but also, you couldn't play ahead as much",

What does it mean: While playing this mode, Tech/Civic positions and identities will be hidden, and their prerequisites and costs will be randomized.

Don't worry, this won't change what the technologies do, and also the randomize tree will be the same for all players in the game.

The Developer team is listening to community feedback. This is what we're getting on August: 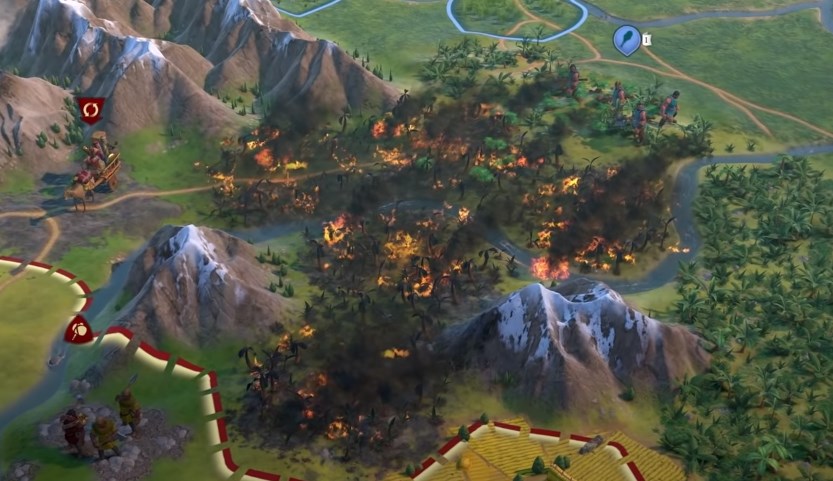 Tronster Hartley (UI/UX Team lead) said something that almost made me tear up while watching the video: "Civ fans, you are the best fans in gaming. We so appreciate the chance to read all of the conversations, stories, and feedback",

This new game mode adds variety to the tech tree, as it shuffles techs and civics within their historical eras, leading to different costs and prerequisites than normal. The resulting trees are the same for all players. Techs and civics are also hidden until a prerequisite is earned, preserving the mystery of discovery all the way until the end of the game.

Sick of the Bermuda Triangle? Want to break the Delicate Arch? In Advanced Setup, you can now bring up a new menu to choose which Natural Wonders you would like to include in your next game. Wonders checked are not guaranteed to be in your next game, rather, they are part of the pool of Wonders that will then be randomly selected and placed.

Items in the list below apply to the Gathering Storm ruleset only.