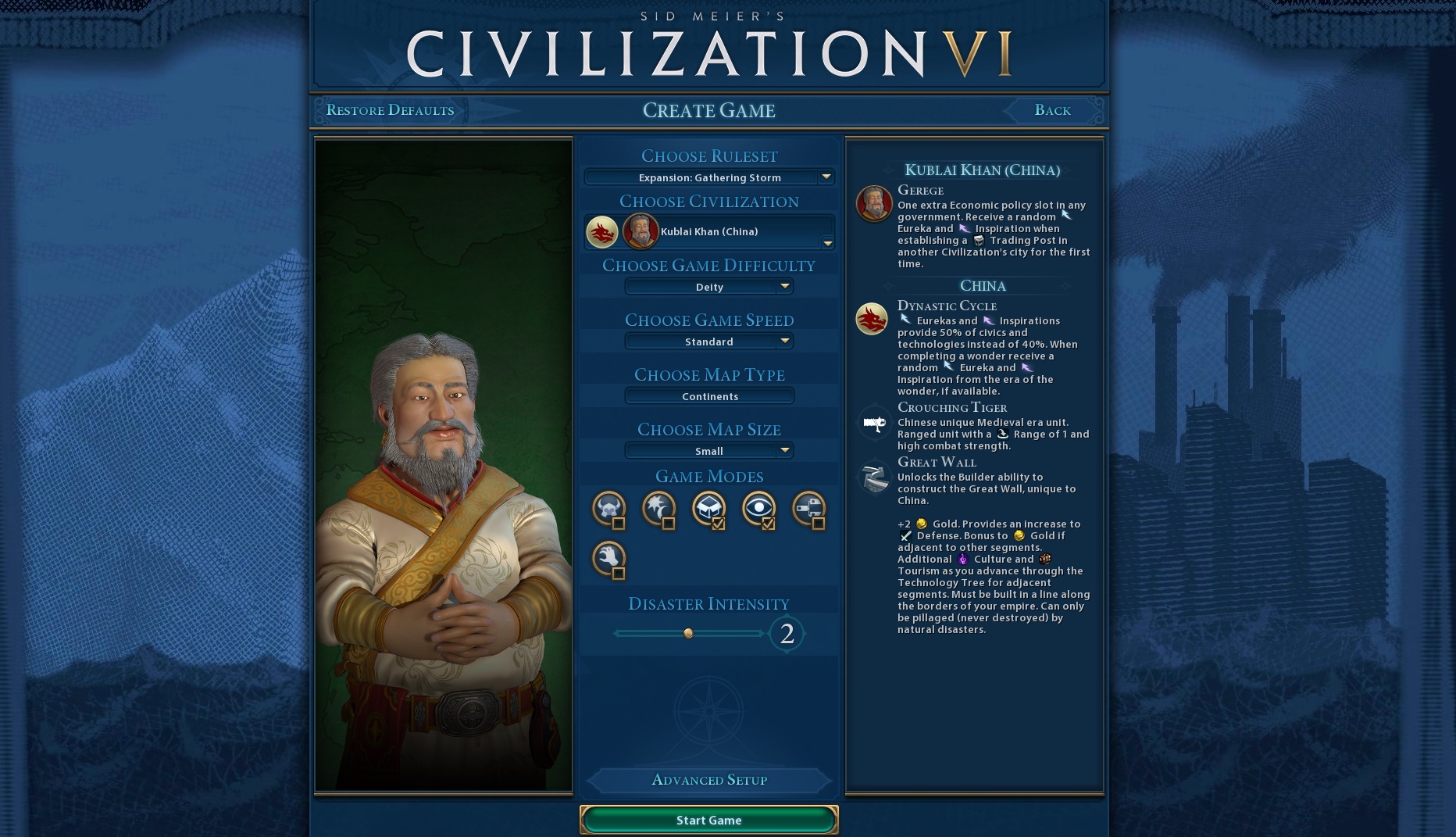 How to win Civilization VI as Kublai Khan's China?

To win a Civilization VI game as Kublai Khan's China you will have to complete as many trade routes as possible, which will help you in both amassing large amounts of gold and gaining random Eurekas & Inspirations. Most suitable types of victories are Science and Cultural, wars should be played defensively or only if you have a huge technological advantage.

Kublai Khan's China is a versatile civilization that requires a very particular play-style. Regular to bad on the offensive, but great at defending and excellent while going for a Cultural or Science victory. Due to its trading and technological nature Kublai Khan's China benefits greatly from having allies. Wars should only be played defensively, using just a few units and making clever use of Great Wall tiles.

Eurekas and Inspirations provide an extra 10% of the Science and Culture cost for researching technologies and civics. Completing a Wonder grants a random Eureka and Inspiration from that Wonder's era. 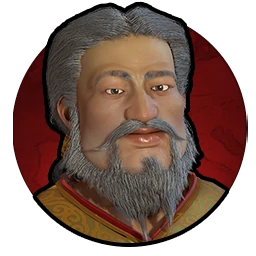 "Enter into friendly relations with each other from now on. We think all countries belong to one family"

Gain an additional Economic Policy slot in all Governments. Gain a random Eureka and Inspiration upon first establishing a Trading Post in another major civilization's city. 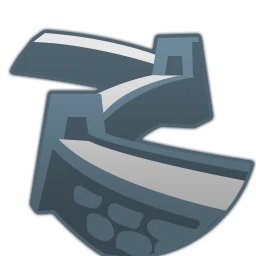 China's unique tile improvement. It can only be built in a line in the current border of your territory 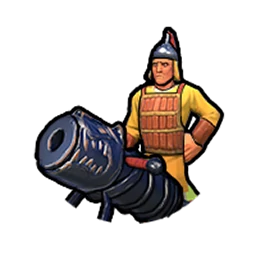 Kublai Khan's China easiest path to victory are Science and Culture, although there are no big impediments to achieve other victories.

The Civilization and leader are meant to play defensively. Nevertheless, the domination path isn't impossible, as transitioning from a science to a war focus is a good approach. Having the technological advantage will result in winning combats.

Science is one of the best paths for Kublai Khan's China. The Eureka and trading bonuses makes it so you have to synergyse Commercial Hubs/Harbors with Campuses.

Culture is another great path to victory for Kublai Khan's China. Great Walls grant tourism later in the game, and having trade routes with all other civilizations (which you should), also benefits tourism. If you do choose this path, be decisive about it, start early by building Great Walls, alliances, wonders and Theater Squares.

Possible path, although tedious and China not having any benefits on it. If you're playing on deity I would really advice to stay away from this while playing this particular civilization

Diplomatic victories are a lot about knowing the game, predicting how the AI's will vote or you deciding those votes by sheer amount of Diplomatic Favours. Kublai Khan is not a good at achieving this type of victory as China's other leader, Qui Shi Huang, who enjoys bonuses when it comes to building wonders.

Best Secret Society for China: The Owls of Minerva 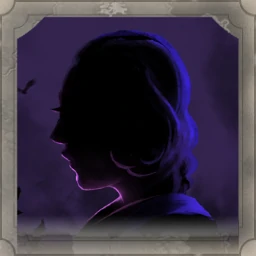 The Gilded Vault, Owls of Minerva's unique building is a great addition to a civilization that doesn't have unique buildings. Boosting the Commercial Hubs you will construct anyways. Nevertheless, this is not the sole reason for picking the secret society, it also grant +1 Economic Policy slot, which together with Kublai Khan's Gereges will add up to 2 extra Economic Policy slots. This is huge early and throughout the game. However, avoid the following bug:

As of the April 2021 patch, the game won't let you assign policies if you don't have enough Policy cards to fill out your current government. This bug is 'achievable' in the very early game by associating with the Owls of Minerva and playing as Kublai Khan. If you do find the Owls of Minerva I recommend either using your Governor title towards Magnus or saving it until you do have enough Policy cards.

Second place goes to the Hermetic Order, with its unreliable Ley Lines and weak early game, only thanks to its bonus yields and heavy science focus the secret society is better than the Sanguine Pact's Vampires or the VoidSingers religious bonuses.

The Owls of Minerva governor promotions

China throughout the game

I played a deity game with the settings above. Secret societies & Monopolies and Corporations games modes on. I got a really good start location with plenty of places for decent to godlike Campuses:

I forgot to take a better screenshot at the start of the game, but as you can see I placed 2 Campus districts adjacent to geothermal fissures and mountains. I went as far as founding a city on a no-water tile. Sweden was settling really close and declared war on me, they lost a lot of resources and units against my archers in the Longxi-Goteborg chokepoint, after the war they lost Goteborg's loyalty and I conquered it. This was a relatively good start for my game that allowed me to keep up or surpass the AI in science while holding my own in terms of territory and other aspects.

Make sure you have a good start location with a decent place (at least +3 adjacency bonus) for a Campus. There are players capable of winning on deity even with a bad starting location, that is not my case, I got lucky. Starting the game you have 2 objectives:

Scout -> Slinger -> Builder -> Settler. Also 2 Slinger start is good if you already found a good spot for a Campus. Keep your warrior close to one of your slingers in case you find barbarians. 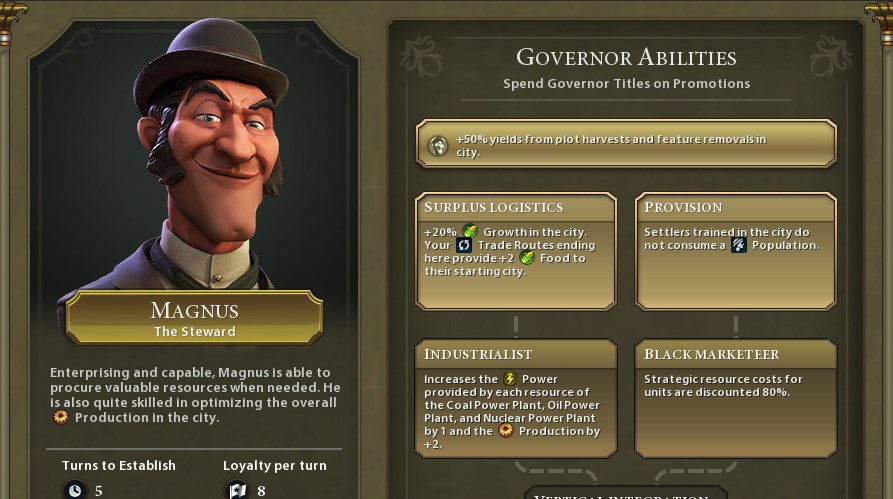 Magnus every single game because I like removing features and making more stonks from it (chopping wood is really useful when constructing the first Campus), I also like to expand my empire and not lose any population in the process.

Based on Archery and trading you need the following:

In order to support trade and science development, you should focus on the following civic boosts:

Trade routes, get the economy going

Fill your trading slots by simply making or buying more traders, we want to get that economy going as soon as possible.

Going for the Science victory:

Settle new cities, hurry new Campuses, buy every building possible. This way you will get way ahead of the AI and secure your technological advantage

What about war and diplomacy?

As Kublai Khan's China you can afford declaring war very early in the game (to snipe a settler or something like that) as grievances will be low. However, as the game advances we want to have good diplomatic relations with all other civilizations as we need the trading more than they do. Often enough the AI will inevitably declare war on you, in this case you have to play defensively, make good use of your Great walls, ranged units and choke-points. After losing all its units the AI will come crying for forgiveness and a good peace deal.

Don't forget to interact with the AI. Establish embassies and trade your surplus resources.

In science terms you should be on the same level or better than the AI. You have to delay the AIs victory conditions while advancing your own. To accomplish this you need the following alliances:

Delay the AI's science victory: Have a lot of spies, send them to disrupt rocketry and steal tech boosts.

Be aware of sneaky diplomacy victories: Amass a large amount of diplomatic favor in the late game, vote against the AI that is winning. Keep an eye on diplomacy victory points.

Campuses, Commercial Hubs and Harbors are essential, this is a civilization science and trading civilization. Late game Theater Squares and Industrial Zones become important depending on if you're going for a Cultural or a Science victory.

Playing on deity? then don't.

Campuses are the most important district while playing Kublai Khan's China, you should plan your cities/districts according to Campus adjacency bonuses. Having good Campuses is a requirement.

If you are not going for a domination victory, then you don't need Encampments when playing Kublai Khan's China. Great walls, walled cities and ranged units are more than enough to defend your civilization.

Industrial Zones are prioritized after Campuses and Commercial Hubs/Harbors, if you're going vor a Science victory, then you will need some cities with high production outputs. Otherwise construct Industrial Zones if you see a 'too good of a place to pass on', such a +3 or +4 adjacency bonus.

Harbours are secondary to Commercial Hubs, their main selling point is the trading slot that it grants, but remember you either have the Commercial Hub or the Harbor trading slot, unless you also have the Owls of Minerva's Gilded Vault in the city.

Commercial Hubs are second only to Campuses, the reason is that it provides a trading route, wich coupled with Kublai Khan's Gereges grant Eurekas/Civic boosts once Trade Routes are completed. However, you should not rely only on Commercial Hubs for tech/civics development, as the boosts are totally random and some of them you would get anyways. Nevertheless, from my own experience playing Kublai Khan, I can say Gereges Eurekas/Civic boosts randomness helps more often than not.

How to counter Kublai Khan's China

China AI is a hard match, it will advance through the ages faster than you and is also very good defensively. However, if played correctly you can easily win following these advices: