How to reduce PS4 fan noise and heat

If you are reading this, it is quite likely that your PS4 makes strange (or directly annoying) noises while playing, and may even suddenly shut down. In fact, such problems are even more common and pronounced during the summer, although they can occur at any time of the year. Luckily, it is possible to reduce that problem with some simple tricks. 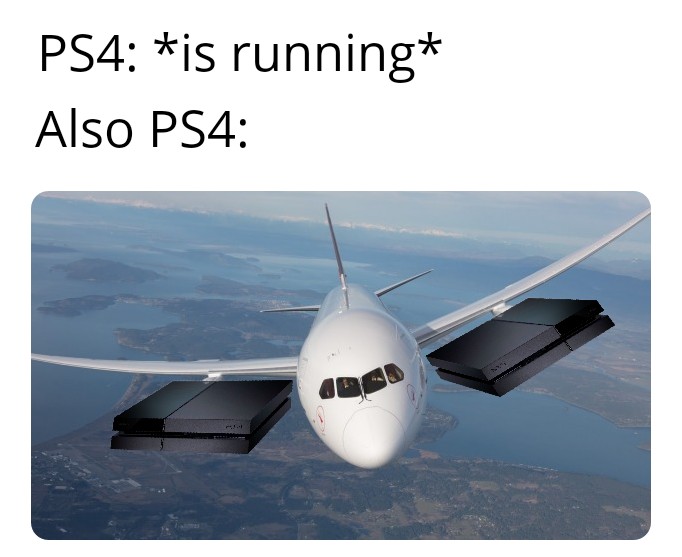 The source of the noise, roughly speaking, is that your PS4 overheats and, consequently, its cooling makes the internal ventilation system work with much more intensity. The first you will notice simply by touching its case, while the second is manifested -logically- in the sound that the console emits.

With this in mind, our dual objective in reducing the noise of the PS4 is to prevent excessive heating situations and, at the same time, improve the ventilation of the system as much as possible through simple but effective solutions. But also, proposing ideas that will be good for your console.

Place the PS4 in the right place and the right way

The PS4 instruction manuals (and, in general, any console) give us the first basic tips. In fact, some models even warn us that the system is overheating through a reddish blink on the power indicator. The protocol to follow, according to Sony, is as follows.

Turn off the system and do not use it for a while. When the system cools down, move it to a well-ventilated location and then resume use.
It is in that last sentence that we are given one of the basic keys: we must choose a place where the PS4 is well ventilated. If possible, in an open space and in which the console has a wide margin at the rear (where the power and HDMI cables are connected). Generally speaking, twice as spacious as its own volume.

Worst place for a PS4 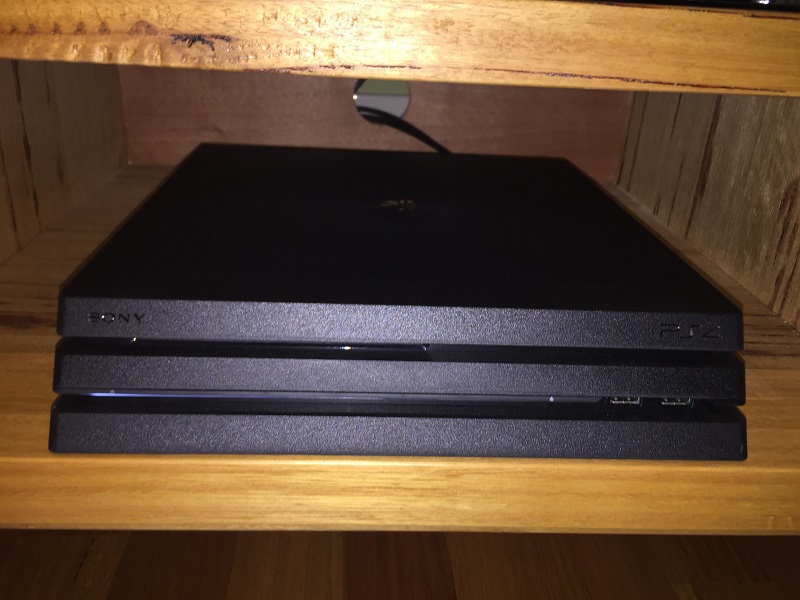 The least convenient is to store the console in a completely/partially closed cabinet or locations that tend to accumulate heat/dust. And that implies distancing our PS4 as much as possible from other devices that also emit heat, such as other consoles or television decoders, for example.

In this aspect, in addition to the site having good ventilation, we must worry about two basic aspects: on what type of material are we going to rest it on and how are we going to prevent and combat dust accumulation. Especially in the rear ventilation outlets. 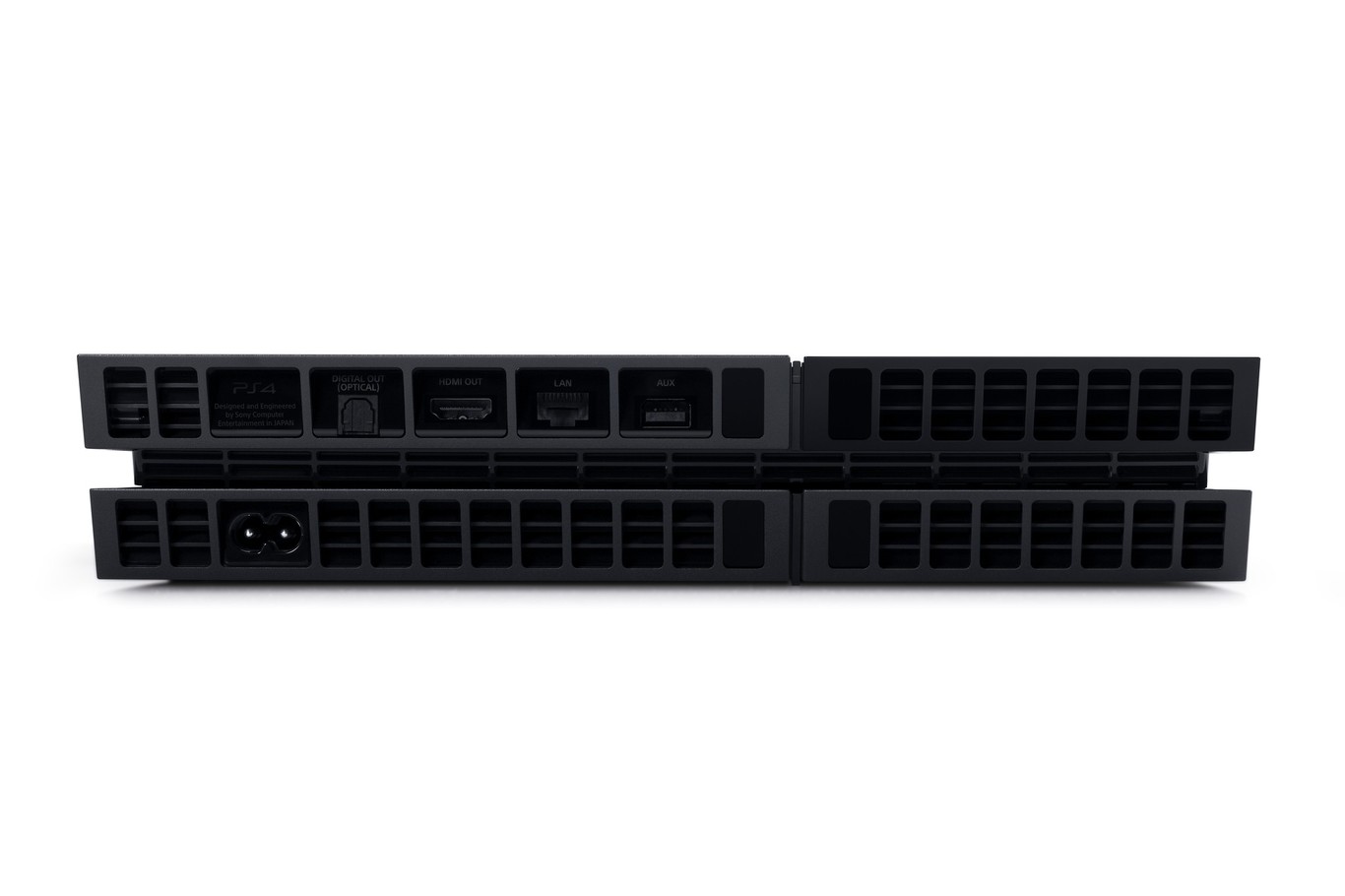 The PS4 is designed to be used both vertically and horizontally. How to place it is your decision, the care you take not to throw it or put things on it and how seriously you get involved in the feng shui of your house. Logically, if you put it vertically it aerates better, but you should also be careful that it is not exposed to dust.

Avoid placing the console on surfaces that retain heat. If you have it on a sheet, the carpet or some fabric, or even it is placed on materials such as brick, it will heat up much faster than on cold surfaces such as tile, marble, tile or ceramic, for example. It may seem like common sense, but everything counts.

Avoid ornaments or stuff on the PS4 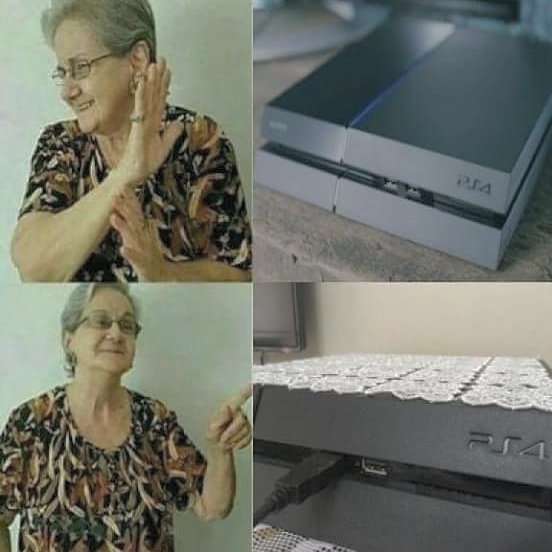 Saying no to grandma is difficult, but if possible avoid putting thing on top of the PS4. Anything that might cause dust to accumulate.

Resume and trick to cool the PS4 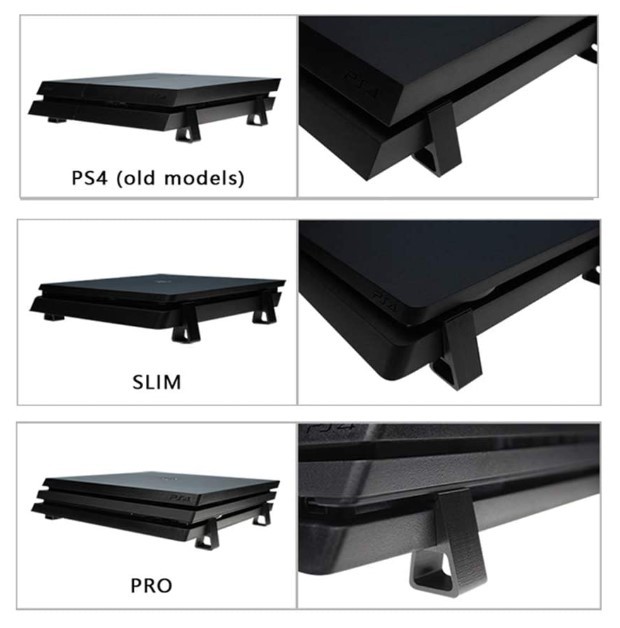 We summarize everything and we recommend a very simple trick: find a place where the PS4 is well ventilated, that has a lot of space (at least twice as wide as its volume) and is separated from other devices that can generate, heat like other consoles. Don't put anything on top or too close and ... Put legs on it!

We not only advise you 100% to bet on an approved PS4 support if you put it vertically, but also consider putting some very simple support legs if you have it horizontal. The idea, yes, that they raise it only a little, but firmly: think about the disk reader and that it is not good that the components are constantly stirring.

There is the option to improvise some legs, of course. You can use the classic bumpers or studs as long as they're all sturdy and the same size to keep the PS4 stable. But you can also get very basic ones for reasonable prices.

As a final note, we recommend that (as far as possible) in the hottest months you bet on playing in very well ventilated rooms or with the air conditioning on.

You can also bet on a simple fan, as long as it does not point to the ventilation outlets of your PS4, but remember that our goal (in addition to preventing overheating) is to reduce noise. If your fan makes more noise than the console, we will not have made much progress in this regard.

Cleaning and maintenance make the difference

As we discussed, dust is one of the PS4's biggest enemies and its internal components. In general, the enemy is from any device with technology. The reason? The accumulation of dust inside and in the vents directly affects the overheating of our consoles.

Therefore, our priority is not only to find a place where dust does not accumulate, but also to keep our PS4 as clean as possible by giving it a periodic review.

Ideally, clean the PS4 at least once a month, and vents should be our priority during the process. What's more, these outlets must always be impeccable. 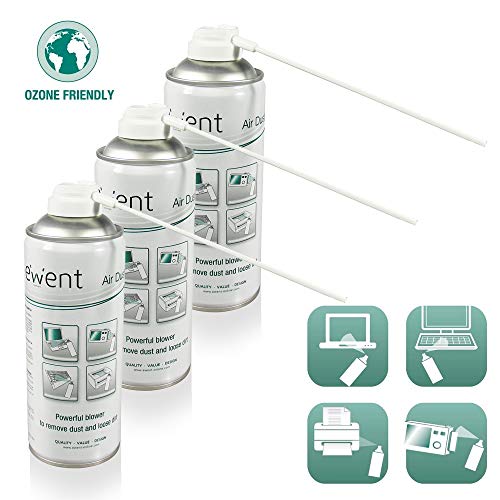 At this point it is worth bearing in mind that there are several PS4 models (the original, known as Slim, the PS4 Pro and its variants) and each one has its own design and ventilation system. And, logically, their own filters and dust covers.

Although it is normal for dust to accumulate inside the console, we will not recommend that you disassemble it. Among other reasons, because the guarantee would be lost. But you can remove - with extreme care - the side cover of the first PS4 models or the upper case of the Slim and Pro model with relative ease to carry out a surface recognition and cleaning. 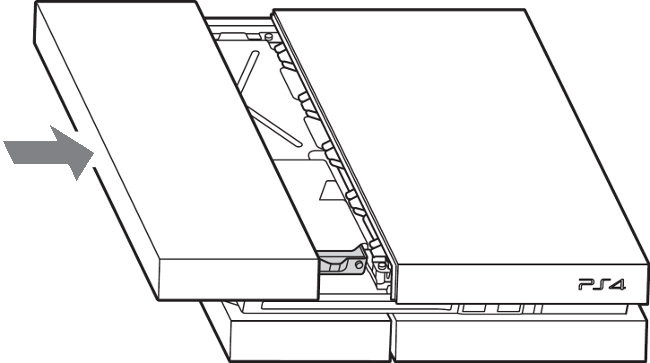 In the case, for example, of PS4 Pro you can pass the compressed air to the fan simply by removing the cover.

As we discussed, the idea is to reduce noise as much as possible. In fact, the only time the PS4 won't make a sound is when it's turned off.

All in all, if you see that after following all advices your PS4 overheats a lot and very soon, or makes noises that are not normal, the most advisable thing is to contact the seller (in case it is new) or bet on the service official technician.

In addition to all of the above, we are going to give you some suggestions that may interest you.

Turn off your ps4 when you don't use it, but neve unplug it

If your console is overheated do not unplug it on the spot or force it to shutdown as the fans should continue to cool down. Proceed with a normal shutdown.

On the other hand, if a game suddenly forces too much ventilation on the console, you may want to close it and spend some time on the PS4 interface until the system heat is reduced.

We all like to give ourselves gambling marathons. However, what Sony recommends in the manual is to avoid prolonged use of PS4. And he is not without reason.

The established time ratio is to rest about 15 minutes for each hour of play. From here we advise you to schedule breaks periodically. Not only for the console, but also for our own health.

Digital is better if given the option

The disc reader is also a source of noise and heat. Especially during the installation process. Now, as a general rule, once our game is installed, the use of the reader is quite punctual.

Overheating the console is never a good thing, so try to perform the installations when your PS4 is in the best conditions and at the right time (at least, not after a gaming marathon) or bet directly on the digital format.

SSD is better than HDD

PS4 offers the option of adding extra storage via new internal hard drives. In the case of the original PS4 model, for example, you will find it by removing the side cover. And not everyone heats the console the same.

We recommend that you invest on an SSD (they heat up less, although they are more expensive), although you also have the alternative of opting for an external model that, despite emitting a little sound, being outside the console does not add internal heat. 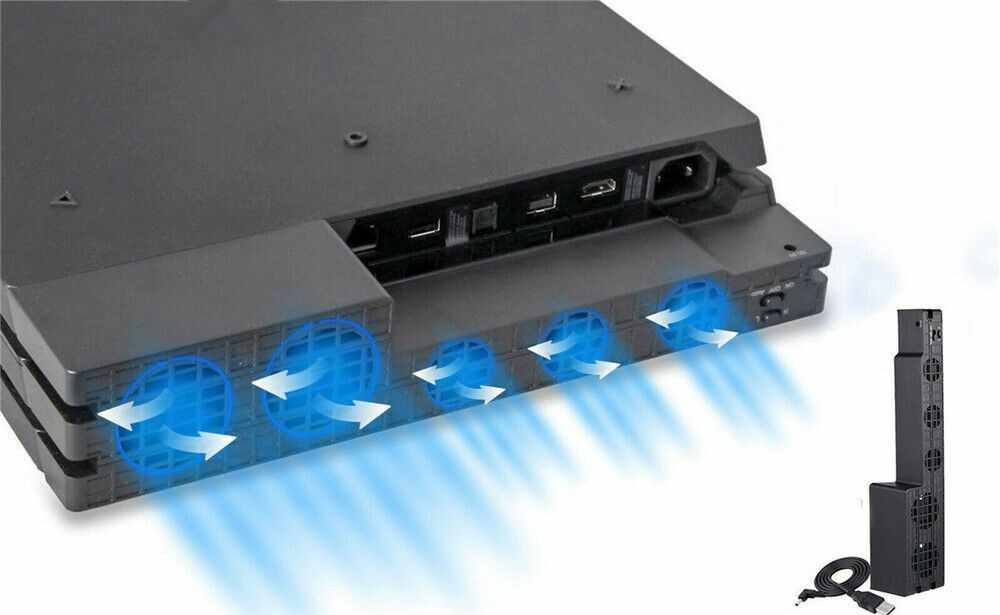 There is also the possibility of adding an extra cooling through external fans. These work by docking and connecting to a USB (eg PS4) and help disperse heat.

Finally, if you are going to be away from home for a long time and you are not going to take your PS4, it is best to protect it from the dust that accumulates naturally. There are dustproof covers that are not too expensive and they will be great to resume your games when you are back.

Xbox One X and Xbox One S discontinued